If Satan were to appear bodily on earth to week havoc, the modernists would find some way to blame it on actual Catholics!

Some of the arguments that are used to defend the universally unpopular Motu Proprio Traditionis Custodes include the alleged contempt for authority in the church and online toxicity of Traditionalists online.

Yet, even if that were true, it would not explain why Radical Synodalists are allowed to create their own toxic online environment without reproach.

This week, one of their favourite targets for attacks, Archbishop Salvador Cordileone expressed his sympathies with the Pelosi family after an attack on Nancy Pelosi's husband.

Anglo Canadian Catholic commentator DW Lafferty has contributed to Ultra Montanist blog Where Peter Is for many years. He appeared to attempt to link the attack on Pelosi's husband to Archbishop Cordileone's implementation of church teaching on Communion. 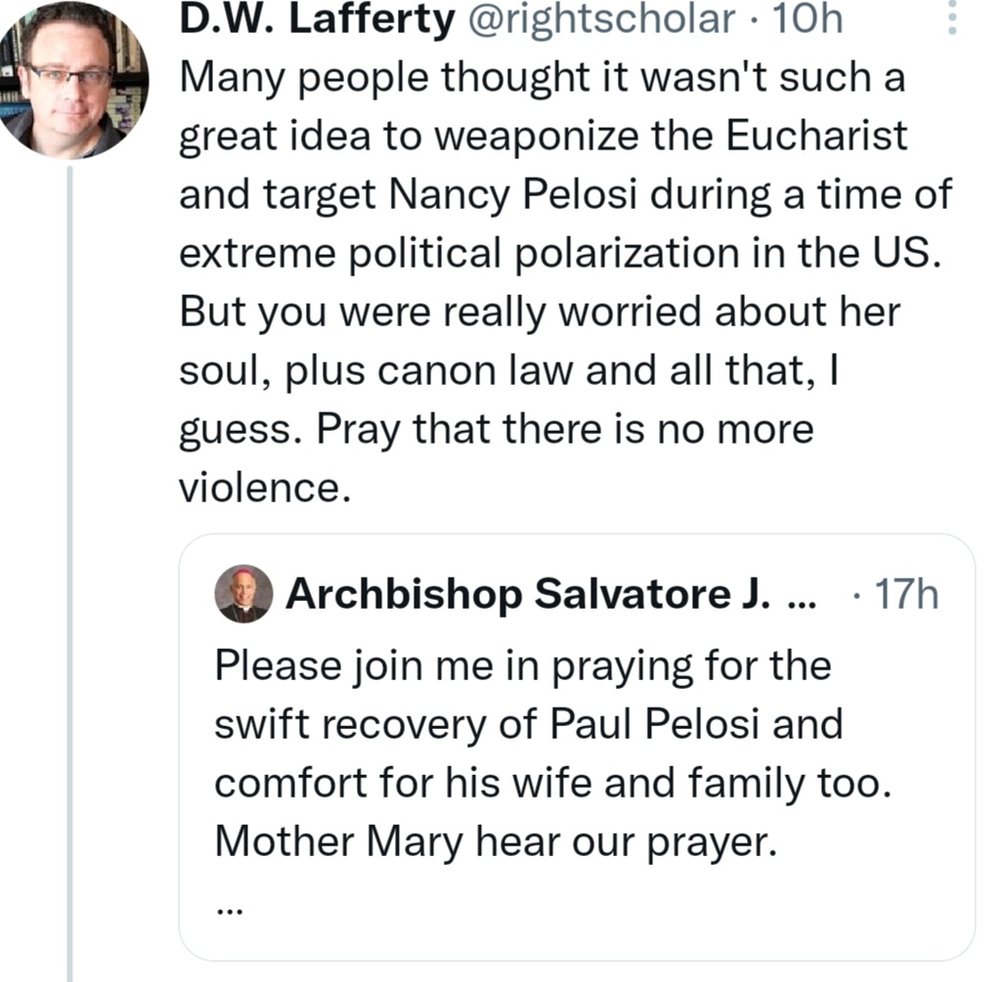 He then made a half hearted effort to walk back his shocking comments, though some of his Synodalist followers were more forthcoming in their accusations against the Archbishop. 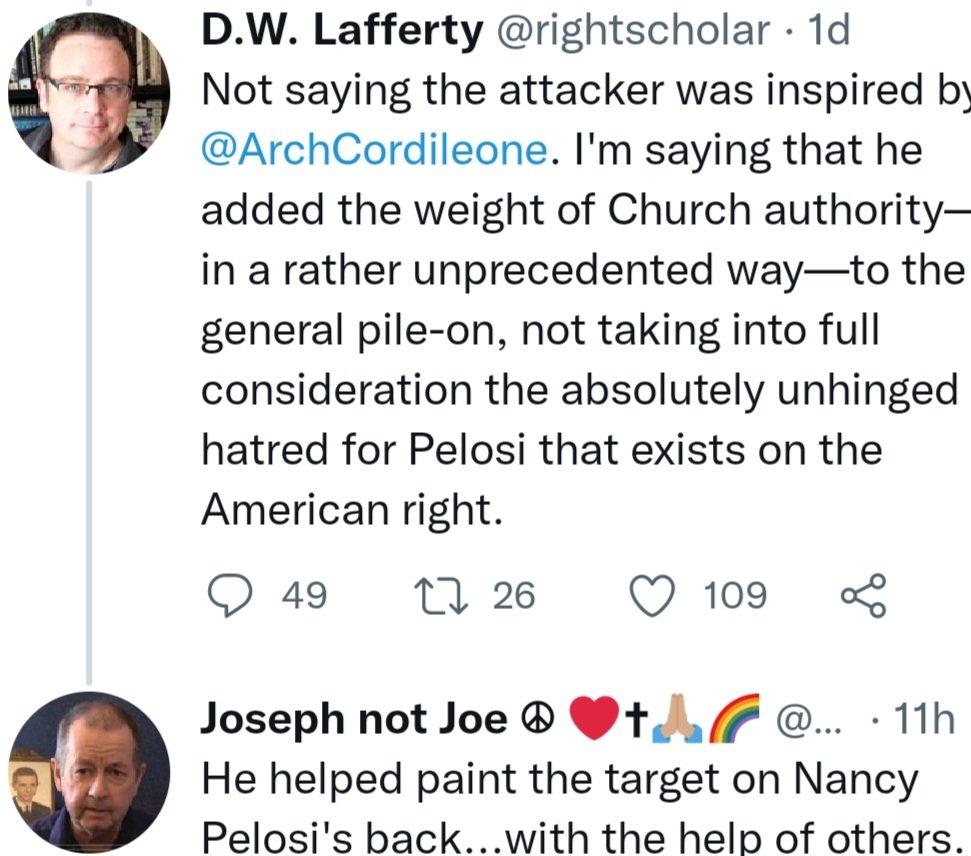 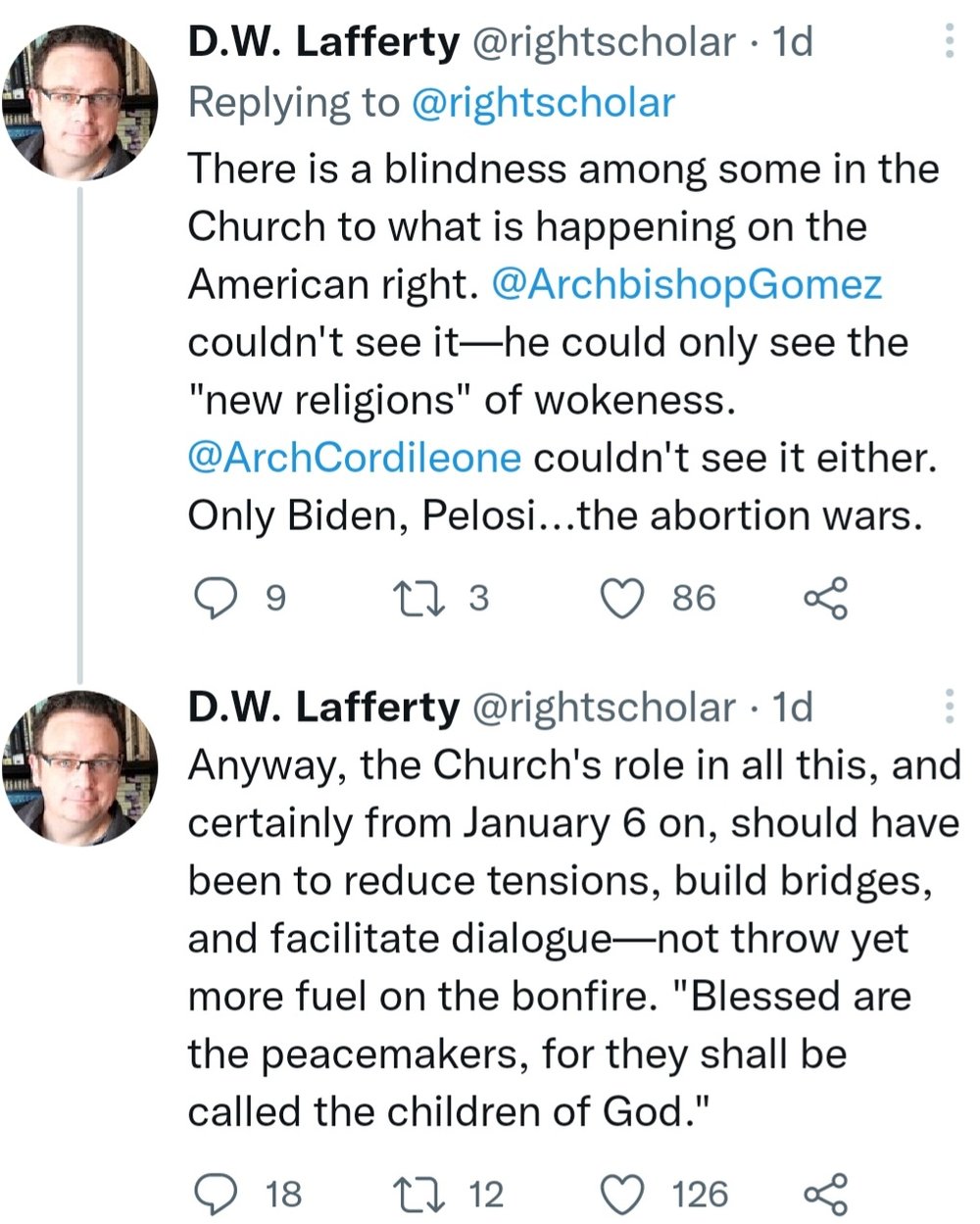 A number of other Synodalist accounts also attempted to link the Archbishop to the attack.

They bizarrely accuse the Archbishop of ‘radicalising’ the attacker and of being ‘complicit’. 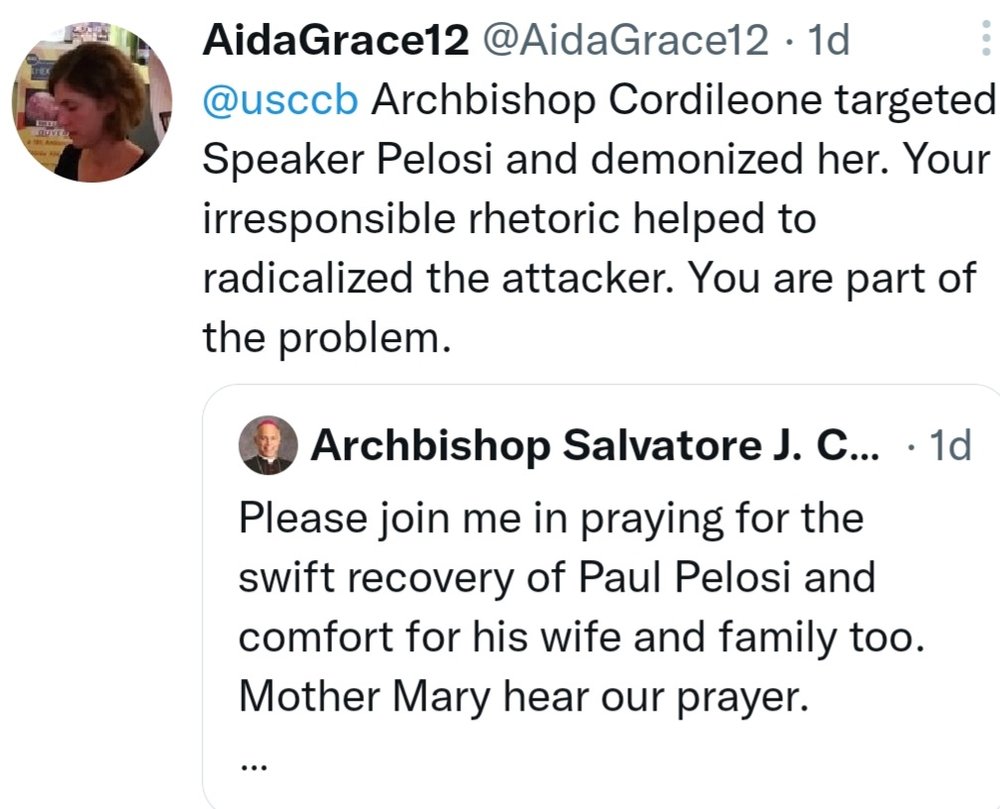 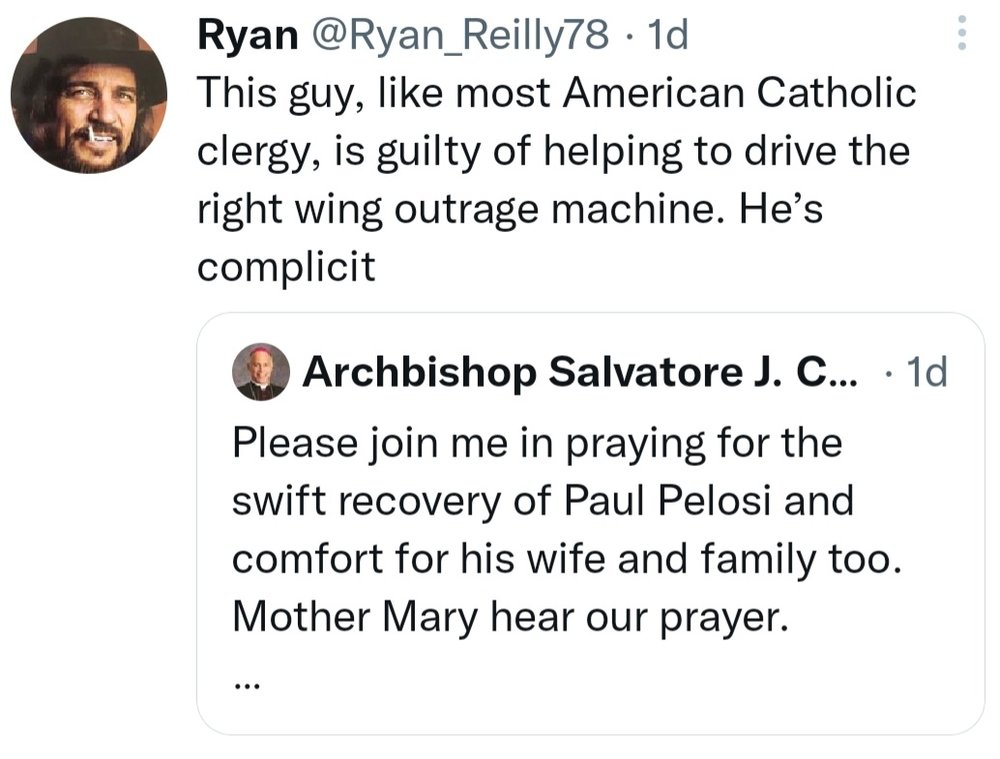 Only this week, the official account for the Pontifical Academy for Life was accusing ordinary Catholics of ‘muckraking’ for daring to question the appointment of pro-abortion atheists.

It appears as though a small cohort of Anglo journalists, dubbed the ‘milquetoast mafia’, are being allowed undue influence over the Vatican, the Synod and its various social media accounts. They are inspiring division, nastiness and condescension more than any Trad outlet is doing and most importantly, they are alienating far more people than they are convincing.
Posted by Jovan-Marya Weismiller, T.O.Carm. at 20:53