Purely symbolic, anyway, but it only got 44 votes out of 310. Of course, it was the traitors of the Bloc, joined by a few Grits and Dippers. God save the King! 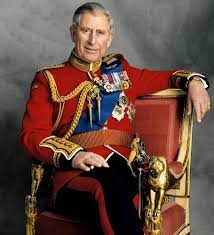 Canada's Parliament on Wednesday rejected a proposal by sovereigntists in the province of Quebec for the country to cut ties with the British monarchy, after the Bloc Québécois party called the institution "racist," "archaic," "almost archeological" and "humiliating."

With 266 votes against and only 44 votes in favor, the petition for the State of Canada to break its relationship with King Charles III has been denied, although the proposal has obtained support among several MPs of the social democratic New Democratic Party (NDP) and the Liberal Party, as reported by the Canadian House of Commons.

Among the reasons given by the MPs who rejected the measure was that the motion would serve to allow Bloc leader Yves-Francois Blanchet to "gain prominence and headline attention", and to put the spotlight on issues more important to Canadians, as reported by CTV News.

They would also have added that the citizenry of Canada "is much more concerned about other issues, including the economy, the climate and health care," further questioning whether a separatist party should have a say in deciding who symbolically runs the country.

Blanchet, meanwhile, accused the new UK monarch of being a "foreigner who knows nothing about Canada" and who would have "difficulty passing the country's citizenship test," CBC reported.

"They tell us that we are a secular democratic country, but they protect a king who is the head of a Church (...). It's archaic. It's a thing of the past, it's almost archeological. It is humiliating. It is completely illogical to have this monarchy. We need to get out of this monarchy because it is important to do so," Blanchet maintained on Tuesday when he presented the motion before Parliament.

However, ending the monarchy in Canada would require an agreement of the Lower House, the Upper House, as well as the country's ten provinces, to carry out a "unanimous consent amendment" to the Constitution.

For this reason, the motion is symbolic since, according to Canada's Constitution, it would take more than a vote like that of the country's House of Commons to sever ties with the UK monarchy.