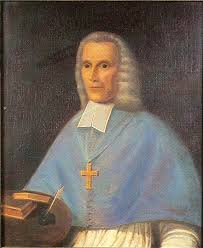 Consider first, that there is another kind of murder besides that which destroys the body, viz., the murdering of the soul, by bringing upon it the death of sin - a crime most heinous in the eyes of God, and most pernicious to the souls of men, and yet most common amongst Christians. Of this kind of murder the devil was the first author; 'by whose envy death came into the world,' Wisd. ii. 24; and 'who was a murderer from the beginning.' John viii. 44, by drawing men into deadly sin. And all they follow him, and are on his side, and even take him for their father, who seek to fulfil his desires, by involving their neighbours in the guilt of sin, 'which when completed begetteth death,' James i. 15. Ah! how common are these kinds of murders! and how many ways are they daily committed by alluring or enticing others to evil, by word or work, dress or carriage; or by provoking them to it; or by engaging them in dangerous diversions and conversations; or, which is the most common of all, by authorizing sin, and encouraging and inviting men to the committing of it, by bad example. and what is all this, but murdering as many souls as there are persons to whom one has voluntarily given occasion of mortal sin.

Consider 2ndly, how grievous a crime this murdering of souls must be in the sight of God; since it defeats as much as lies in man the great business for which God sent his own Son upon earth, viz., the salvation of souls, which he takes so much to heart. It daringly promotes the interest of Satan, that arch-rebel and sets up his standard against that of Christ. It encourages deluded mortals to follow that enemy of God and man, rather than their creator and redeemer. It debauches as many of God's subjects from their allegiance as it draws souls into sin. It even treads under foot the precious blood of Christ, and makes void his passion and death, by causing those souls to perish eternally for whom Christ died. What a complication is here of high treasons against the divine majesty! How manifold, and how enormous a guilt! And what can such traitors and murderers as these expect from God but the most dreadful of all judgments, if they do not prevent them by a speedy and serious conversion, and by endeavouring to make the best reparation they are able; especially by reclaiming as many souls as they can from Satan and sin, and reconciling them to God.

Consider 3rdly, the grievousness of this evil of spiritual murder, from another point of view, that is from the mischief it does to man, and the dismal consequences it brings after it, both for time and eternity. The murder of the body is certainly a most heinous sin, and one of the greatest that can be committed between man and man; it even cries to heaven for vengeance: and yet it only reaches the body, which is the meaner part of man, and which by its condition must otherwise speedily perish; it does not touch the immortal soul; it does not extend to eternity. but spiritual murder kills the soul, by robbing it of the grace of God, which is its true life; it separates the soul from God, and condemns it to an eternal separation from him; it brings upon it a second and everlasting death; it plunges both soul and body into the flames of hell. O how loudly then must the blood of so many unhappy souls, which are daily sent to hell by these spiritual murders, cry to heaven for vengeance against their murderers!

Conclude to look well to thyself, that thou never have any share in this enormous guilt of spiritual murder, by giving occasion to another's sin. For why shouldst thou thus declare war against heaven, thrust thy neighbour's soul into hell, and bring upon thy own head a multiplied damnation, even as many hells as thou hast drawn souls into sin?