1) For heaven's sake, Eccles! Don't give our 'shepherds' ideas. 2) The CofE ceased being Christian decades ago. What do we care what a layman playing dress up cares? 3) Our 'shepherds' don't care. It's up to the laity to protect them.

The Catholic Bishops of England and Wales have produced their guidelines for the Celebration of Mass, once this becomes possible again on July 4th. Since going to Mass is obviously far more dangerous than going to the pub, tearing down statues, or going to the cinema, the dear bishops have produced their own guidelines, which are much stricter than the Government's recommendations. 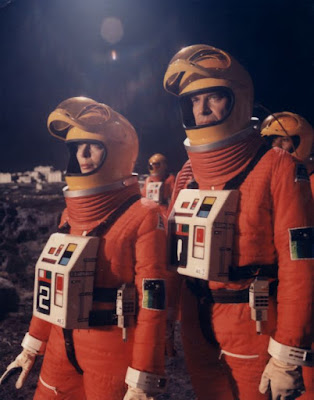 Fr M and his Extraordinary Minister are ready for Mass.

Now, that's what you need to wear to avoid the virus. Another set of regulations will be introduced to help you avoid bad doctrine and liturgical abuses. Blindfolds and earplugs may be a good start.
Meanwhile, over at the Church of England, Archbishop Justin Welby has commented on statues at religious sites. "Some will have to come down. Some names will have to change," he said. Of course, the C of E has been tearing down statues since the 16th century, so this should come as no surprise. However, changing their names is a new venture, which shows that he has been reading 1984 very carefully. 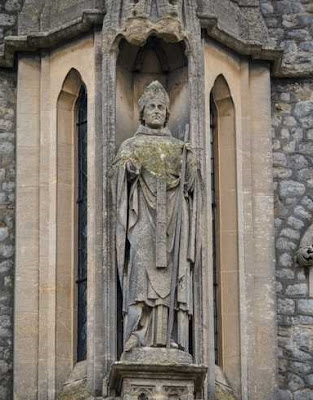 This statue is to be renamed "George Floyd". 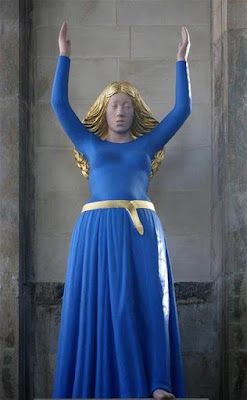 A parody of the Virgin Mary, seen in Ely Cathedral.
Finally, over in California, there have been a few objections after the statue of St Junipero Serra was pulled down. The bishops do not seem to be greatly bothered by this, and would prefer to leave the issue to people who actually believe in Catholicism. So, we have hired a handy-looking chap called Bob to help protect the statues. Apparently, he used to work for a book-burning company called Word on Fire. 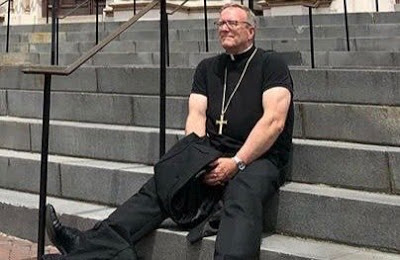