More satire from Eccles. At least we hope it's satire!

My dear friend Austen Ivereigh and I have decided to start a new organization, Pagan Voices. The object of our team will be to improve the Pagan Church's representation in the media, above all in news programmes and debates. Expect to see us on many radio and television programmes in future, where we are certain to make a big impression on bishops and broadcasters alike. 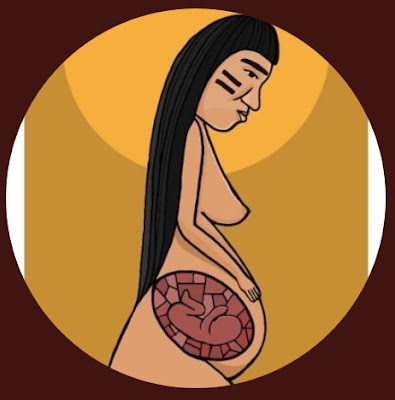 The founding of our organization is a direct response to the bad publicity that the recent Pachamama Synod received in the Catholic media - many people labelling it as "pagan" without fully understanding the spiritual nourishment obtainable from pagan beliefs. Austen and I meet regularly to say prayers to the great Mother Earth Goddess, to kiss the soil, and to talk to the trees. Today my colleague received an offer of £10 million from a Nigerian who wants to borrow his bank account. If that doesn't prove that Pachamama answers our prayers, then I'm just a useless lump of wood drifting down the Tiber!

So far we have not yet received an answer from Pope Francis to our request that he become a sponsor of Pagan Voices. Although he was present when Our Lady Pachamama was honoured, we fear that he may use the same excuse that Jeremy Corbyn did when spotted participating in a wreath-laying ceremony for terrorists: "I was present, but I don’t think I was actually involved." 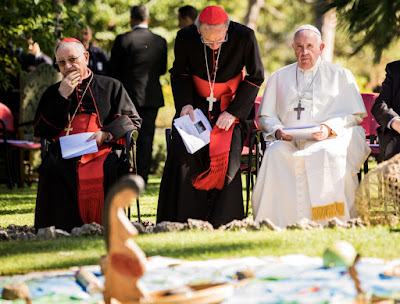 Pope Francis is not yet a fully-confirmed
member of our Church.

Still, Austen has already begun work on the third and last volume of his Pope Francis trilogy, "Pope Francis, the great pagan," which should be out in time for Christmas 2020.

That's it really. If anyone wants to become a "Pagan Voices" spokesman, contact Austen, and he will book you onto his classes, where you will learn to speak in a deep mystical voice, throwing out all the standard catchphrases abour Mother Nature, Laudato Si', and the Great Pregnant Earth Goddess who will give birth to a new Redeemer (or so Austen tells me).
Posted by Jovan-Marya Weismiller, T.O.Carm. at 19:40