And, on the other side of the world from New York, the Culture of Death marches on in its never ending quest to kill children.


A push to repeal South Australia's abortion law is underway, with a coalition lobbying state parliamentarians to remove abortion from the state's crimes act.

The South Australian Abortion Action Coalition wrote to politicians last month, after securing a commitment from over 20 professional and community organisations to support the repeal of the law.
The group wants abortion to be covered under the state's health laws, and also wants to introduce laws mandating a safety zone around abortion clinics.
Coalition spokesperson Erica Millar said the campaign was three years in the making, with discussions already underway with politicians to secure their support.

"The abortion law is no longer fit for purpose — it's inadequate, out of date and discriminatory," Dr Millar said.

"In the last month we've started the formal bit of our campaign, which is to write to each state MP to lobby for the repeal."
Greens MP Tammy Franks said she intended to introduce a private members' bill to Parliament in the coming fortnight that would focus on reforming the state's abortion laws.
Health Minister Stephen Wade said he had discussed the state's abortion laws with Attorney-General Vickie Chapman, who has responsibility for any reforms put forward by the Government.

Abortion kits by mail are illegal 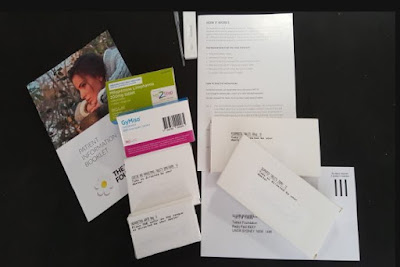 PHOTO: Items inside an abortion kit sent out by the Tabbot Foundation — which is illegal in South Australia. (Supplied: The Tabbot Foundation)
In 2015, Dr Paul Hyland started the Tabbot Foundation, Australia's only dedicated telemedicine abortion provider, which aims to remove barriers to abortion access for people living in remote or rural communities.
The service provides a phone consultation and, if the doctor prescribes it, a package is mailed to the patient containing abortion drug RU486, as well as antibiotics, painkillers and anti-inflammatories.
The foundation offers the service in every state except South Australia, where it is illegal.
The state's abortion laws were introduced in 1969, long before RU486 and telemedicine were invented.
Dr Hyland said the laws were designed to protect women from receiving surgical abortions from unregulated facilities.
"South Australia at present has the most restrictive laws of all the states and territories that require medical abortion to be performed in an approved facility such as a hospital," Dr Hyland said.
"Your laws at present do not discriminate between surgical and medical abortion.

"These laws need to be changed to come up to the 21st century and South Australia is the last state in Australia that needs to change."

What is the law?

South Australian women are only able to access an abortion if they have been examined by two doctors, and if they believe there is a risk to the woman's life or that the child would be seriously disabled.

PHOTO: There is a list of criteria a woman must meet to legally access an abortion in South Australia. (Flickr: Esparta Palma)
Added to this, the woman has to have lived in South Australia for at least two months and the abortion must be performed in a "prescribed hospital".
These hospitals include the Pregnancy Advisory Centre in the western suburbs of Adelaide, as well as major hospitals including Flinders Medical Centre and the Lyell McEwin Hospital.
In country SA, there are varying levels of services provided at a limited number of hospitals, but only in the first trimester of pregnancy.
The latest figures released by SA Health show in 2015, almost one-fifth of 4,419 abortions performed were done in country areas.
Dr Millar said some women from country areas had to travel to Adelaide on their own expense, for several days while they undertook the procedure.
"It's not just accommodation, it's child care, it's time off work," Dr Millar said.

"It's discriminatory, particularly to these rural women who are needing to travel to Adelaide and it also means that the services available in Adelaide are over-strained.