@DanHoranOFM -the Horan of Babylon – Calls #MarchForLife “Repulsive and Futile”

Good on Fr Zed for calling this perverse heretic out! 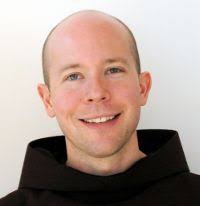 Breitbart has a piece which shows the fruits of decades of slack theological training and compromised religious formation.  An LBGT promoting Franciscan, who teaches heaven knows what in the theological Babylon called Chicago Theological Union, has called the March For Life “repulsive and futile”.

The Franciscan, Daniel P. Horan, from now on to be known as the Horan of Babylon.

However, as per Breitbart:

Horan has praised the pro-abortion Women’s March as consistent with Catholic social teaching. The fact that pro-life women and organizations are not welcomed at the event seems not to bother his conscience in the slightest.

Think about this.
He is anti-March for Life.  That means that he has little interest in the aims for which the March was born: defense of human life.  He sidesteps the life issue by super-imposing his own irrelevant, left-wing political views on the March.
He is pro-sodomy.   That means he promotes fruitless, sterile sex which also leads to any number of other problems.
He praises a pro-abortion rally.  That means he supports something that kills the fruit of naturally ordered sexual relations.
A while back at Fishwrap, he denigrated traditional liturgical worship of God together along with John Paul II’s “theology of the body”.
Are you seeing a pattern?
The Horan of Babylon, ladies and gentlemen.
He seems to be failing around for attention.
The moderation queue is ON.
Posted by Jovan-Marya Weismiller, T.O.Carm. at 17:33