A Note on Political Realities 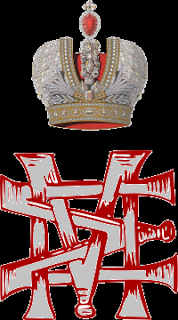 Yours truly was recently quite amused by a note from a triumphalist republican. They are quite silly, Utopian creatures; aren't they? This one asserted that republicanism was the way of the future, that the world today confirms this beyond all doubt because monarchies are few and growing weaker while republics are the rule rather than the exception and only growing stronger. And, it is true, there are more republics than monarchies and in the monarchies that do exist, outside of Liechtenstein, the trend has been toward monarchs having less power and less of a place in government at all rather than more. However, I could not help be struck by the fact that, any look at the world today will also see leaders in countries and cultures as diverse as Syria and North Korea who hold power only because their fathers did before them. In the more democratic world, in Canada, Justin Trudeau is set to run for Prime Minister with no other qualification than that his father had been Prime Minister. In the United States there was only recently a President whose father had been President and recently there has been talk that his brother might run for the office as well. In the ruling party the next candidate is expected to be a woman who is the wife of a former President and their last unsuccessful candidate for office was a former Senator who held the same seat his father had held previously. The last unsuccessful candidate for the office in the opposition party was a former Governor whose father had been a Governor. Likewise there are republics from Greece to the Philippines famous for their political dynasties. And if the Kim clan in North Korea was insufficient, the current President of South Korea is the daughter of a former President. So, is monarchy really on the decline? Is the idea of hereditary authority really being rejected? It does not seem so. It only seems that many people prefer a dishonest monarchy wearing a republican hat to an honest monarchy that is legitimate and traditional.
Posted by Jovan-Marya Weismiller, T.O.Carm. at 00:30