Eccles speculates on how Francis might 'debunk' miracles of Our Lord, other than the Feeding of the 5000.

As all modern Catholics know, there is an easy explanation for the "miracle" of the feeding of the 5,000; namely, that it was all a matter of the happy picknickers sharing what they already had. This theory has now been endorsed by no less than Pope Francis himself.


Explaining away miracles is a good way to make Catholicism popular among atheists, as these guys have always had problems with believing in God, the supernatural etc., and these ideas are not, strictly speaking, needed in modern Catholicism.

Pope Francis went on to explain some of the other alleged miracles of Jesus:

The miracle at Cana (John 2). Yes, indeed the host's wine ran out. But the guests at the wedding knew that the host was an old stingy-chops, and smuggled in their own bottles and hip flasks, which (as it is recorded in the gospels) contained much better stuff, anyway. 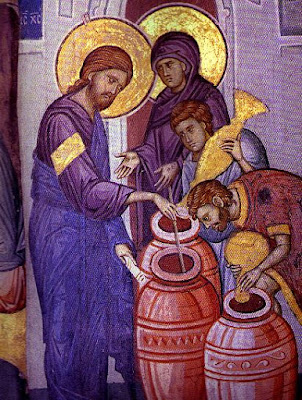 "That reminds me, I do have a few bottles with me."

The paralysed man (Mark 2). This was the chap who was let down from the roof of someone's house, and was told, "Take up your bed and walk." It's clear what happened here: old Habakkuk was the laziest man in Capernaum, and had taken to his bed, rather than do an honest day's work. Jesus knew this, and told him to get up.

The man possessed by demons (Luke 8). This is greatly exaggerated, of course. The man was actually singing a selection of hymns such as "Gather us in", "Walk in the Light", and "Kumbayah". This upset a herd of pigs with great musical taste, and they all rushed into the sea to escape. Seeing this, the man instantly sobered up and went on to compose "Lord of the Dance". No, that can't be exactly right. But something like that happened. 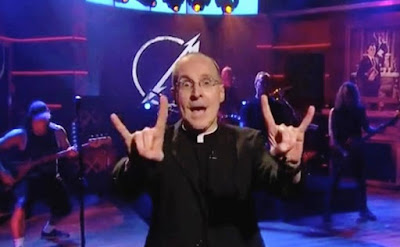 Sorry, I couldn't find a picture of a man possessed by demons.

The raising of Lazarus (John 11-12). Of course, raising people from the dead is impossible. No doubt, Lazarus wasn't really dead, but was pretending to be dead for tax reasons. You try sitting around in a tomb for a few days, and people will naturally come to the conclusion that you have passed on, especially if you hang a sign saying "R.I.P." on the door.

Walking on the water and stilling the storm (Matthew 8 and 14). This is greatly exaggerated, and no doubt Jesus had found a underwater causeway: alternatively, He had been practising some sort of circus act. As for stilling the storm, well the trick is to say "Be still" just as the weather is getting better. Any competent meteorologist can do it. 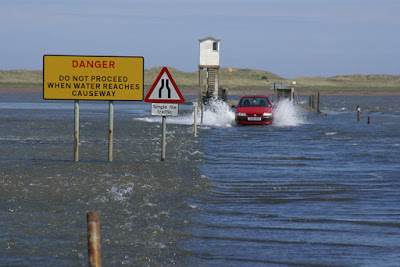 Answering questions (Matthew 22). No, we don't have an explanation for this one. Pope Francis has been unable to answer five simple Dubia ("it would be a miracle if he could"), so it is a complete mystery how Jesus managed to tackle some distinctly thorny questions from the Pharisees and Sadducees. It's simply amazing.
Posted by Jovan-Marya Weismiller, T.O.Carm. at 16:43