Chesterton and the Pickpocket

A look at GKC's implementation of Catholic Social Teaching in his writings.

From The Distributist Review 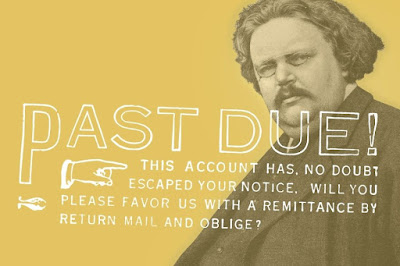 As John Médaille has noted more than 80 years later, we have a cult of bigness in both the political and the commercial realms. Big Business is apparently ‘too big to fail’. Or is it that it is ‘too big to succeed’—that is, without public bailouts?8
I would like to suggest that the transformed circumstances of our time are prompting a fresh look at Distributism—and raise new opportunities for its application. Let me look briefly at its philosophical and political roots. I will do this through the personal intellectual history of Chesterton, for I think this will help us to understand more fully the nature of Distributism, and assess more clearly how relevant it is to today’s economic and social conditions.
A key background factor in Chesterton’s conviction about widespread ownership was his historical sense. As the English writer, Russell Sparkes, has pointed out, Chesterton had a vital interest in the English past—especially its political, social and economic history.9 He felt acutely for the ordinary people of England (the ‘secret people’, as he said in a famous poem of that name, who ‘have not spoken yet’), and he resented deeply the dispossession which they suffered from the time of the 16th century Reformation.
There was a different historical experience in other countries in which Chesterton’s ideas attracted popular attention, such as Australia and America, where private property—particularly home ownership—received greater social recognition and financial support. In both countries, we can observe a living alliance between what Andrew Greeley called the ‘high’ and the ‘low’ traditions of social Catholicism—that is, between the theoretical tradition of papal encyclicals which was explored at length by social philosophers such as Jacques Maritain, and the practical experience and example of Catholic social leaders, such as trade unionists, in families and neighbourhoods shaped by the social ethic of their religious faith. They may not have read Rerum Novarum, but they lived it—in their communities. The ‘high’ tradition of social principle expressed and validated the ‘low’ tradition, reflecting the bond between a spiritual and intellectual vision and its organic expression at the grassroots.10
An important part of Chesterton’s intellectual history is the extent to which his social philosophy was influenced by both literary and political writers—by the vein of social commentary in Charles Dickens, almost all of whose great characters were found among the poor; and by the campaigns for the poor of England by the 19th century journalist William Cobbett, who was really an early distributist. Chesterton wrote appreciative biographies of both these figures. In their different ways, Dickens and Cobbett were his political heroes.
In addition to these intellectual models, Chesterton was also inspired by a practical example of Distributism—namely, that of Ireland where a land reform program took place, peacefully and successfully, as a result of the Wyndham Act of 1903—this Act being put through by the Conservative Minister George Wyndham, who became a great friend of Belloc’s.
A final factor in the formulation of a distributist philosophy, which Russell Sparkes reminds us of, is the inspiration which Chesterton and Belloc, as Catholic laymen, received from the formidable figure of Cardinal Manning. Manning’s influence was both personal and intellectual. He combined a sturdy doctrinal orthodoxy and fidelity to the Church with a bold social radicalism. He was instrumental in the Catholic conversion of Belloc’s mother Elizabeth, and his thinking on social issues decisively shaped Belloc’s thinking—and through Belloc, Chesterton. Chesterton kept a portrait of Manning in his home study at Beaconsfield.11
Manning was closely linked with Pope Leo XIII and played a key part in the preparation of Rerum Novarum (1891). He was, as a present-day Chesterton scholar, Dermot Quinn, has put it, a friend of the Pope and a friend of the poor.12 His funeral through the streets of London was the largest in Victorian England, testifying to the great love which the poor of London had for a Catholic Cardinal, especially after his settling of the London Dock Strike of 1889.
There was another factor of significance in shaping Chesterton’s social and political thought, and that was the cultural climate of Edwardian England. The Edwardian age was quite short (extending from Queen Victoria’s death in 1901 to the First World War), but it coincided with Chesterton’s rise to public prominence as a writer—and Chesterton himself became a leading figure in the popular debates of the time. The cultural climate of the Edwardian Age was marked by an extraordinary intellectual energy, a vigorous contest of ideas. It’s important to emphasise that this contest of ideas, the debates of this time, were popular. They were not confined to academic circles or a cloistered intellectual elite. John Coates, in his impressive study of this era, Chesterton and the Edwardian Cultural Crisis (1984), suggests that we would have to go back to the pamphlet wars of the 1640s in England to find ‘a comparable engagement of the popular mind in disputes about rival views of life, images of society or possible futures’.13 The Edwardian era was a time of mass-circulation journalism—in London’s Fleet Street and elsewhere—when life-changing ideas were being popularized among a vast public of eager and inquisitive readers. Chesterton himself wrote at first for a newspaper, the Daily News, whose readers did not share most of his views. The paper was Nonconformist Protestant in general religious outlook and it favoured certain attitudes like temperance and appeasement towards Imperial Germany, which Chesterton was far from endorsing. As Cecil Chesterton, G.K.’s journalist-brother, noted:

Thousands of peaceful semi-Tolstoian Nonconformists have for six years been compelled to listen every Saturday morning to a fiery apostle preaching … War, Drink and Catholicism.14

Distributism [writes Dermot Quinn] chimed with the rest of Chesterton’s thought…. The point and pith of Chestertonian economics is integration. Ask a distributist the purpose of work. He will reply with unconscious wisdom that it is to keep body and soul together. Chesterton explored that insight, made it a motto.20


Karl Schmude is the President of the Australian Chesterton Society and a frequent speaker and writer on religious and cultural subjects. He is a co-founder of Australia’s first Catholic Liberal Arts college, Campion College in Sydney.
Posted by Jovan-Marya Weismiller, T.O.Carm. at 12:00