I wish this was satire, but it doesn't seem to be. It looks like 'Faith & Form' is a bastion of modernist banality in architecture, as well as in theology.

An ultra fabulous Jesuit chapel was recently honored with a prize for “best religious space,” which, above all,  expresses pure anthropocentrism.

The "Chapel of Encounter" of the Jesuit order was created for a Jesuit worship center. For this, the Order was awarded a prize by Washington-based Faith & Form inter-faith association. 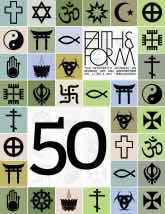 The association was founded in 1965 under the name Interfaith Forum on Religion, Art and Architecture (IFRAA today AIA). Its goal is to "promote interreligious dialogue in the context of art, architecture and religious literature". The Annual Religious Art and Architecture Award which has been awarded since 1978 went to [a] Jesuit Order this year.

Awarded "with the support of the Vatican", as the Spanish website of the Jesuit Order infosj emphasizes, the "Capilla del Encuentro" (Chapel of Encounter) in Salamanca was awarded the title of "Best Religious Space of the Year 2018."

"The jury was particularly impressed by the connection between architecture and theology," according to the Information Center of the Society of Jesus in Spain.

The new chapel is located in the San Ignacio Jesuit Center of the Salamanca. It was "inspired by the tent of meeting the book Exodus,” better known in English as a tabernacle. The chapel "has a Q code that can be used to retrieve and share prayers and experiences through a website". [What a great opportunity to troll. Not that I would encourage that.]

The Jesuit Cristobal Jiménez, director of the Jesuit Center San Ignacio of Salamanca, emphasizes that the new chapel follows the desire for "new places of silence and prayer".

"We thought of young people first of all. [Yes, preying upon them spiritually and physically] In a world where there are so many images and charms, we wanted to be daring and groundbreaking. We tried to create an empty and bare space whose central element is the tabernacle as a privileged place of God's presence. The Chapel of Encounter tries to avoid distractions to connect the creatures with their creator.”

The chapel was opened last June and is the work of Spanish architects Xavier Chérrez and Raquel Cantera.

The emptied church as a metaphor of modern church architecture. Or perhaps as a special aptitude for an interreligious emptiness?