Every US State Falls Below Replacement Birth Rate. See Where Your State Falls.

This is the result of the prejudice against large families. As Mr Archbold says, the numbers ... are economically and spiritually scary. I would add 'culturally' as well.

The number of babies born in the U.S. dropped by 4% in 2020 compared with the previous year.The U.S. total fertility rate has generally been below replacement since 1971 and has consistently been below replacement since 2007. If any of you were hoping that being stuck at home during Covid might lead to a baby boom, the exact opposite has happened. I don’t understand this. Guys, Netflix just isn’t that exciting.Now, according to Birth Gauge, every state in the Union has fallen below replacement rates. This is, of course, an economic disaster. We are piling up debt that must be paid for by future generations. But we’re not having future generations. Socialism is essentially a Ponzi scheme that can last as long as the next generation can pay for the previous generation. When one generation falls to replace itself, the whole thing falls apart. We’re seeing this around the world.But more importantly, this is a symptom of a moral sickness. Many now see having many children is a form of environmental terrorism.There is a clear link between faith and the number of children a family has. Whether it’s because faith-filled people have more children or that people with children tend to find faith isn’t important here. The two are linked.I hear people at once saying the world is just too terrible to bring children into and then say that they don’t want to have children because then they won’t be able to do whatever they want to do.Think about that for a second. The world is sooooo terrible yet they are living a life where they pretty much do whatever they want to do. Hmmmm. Is it possible that doing whatever you want to do at all times makes for a pretty dismal and hopeless life? Is it possible that life is so easy right now that you have time to be keenly aware of how empty and miserable your life actually is?

These numbers below are economically and spiritually scary. Enjoy: 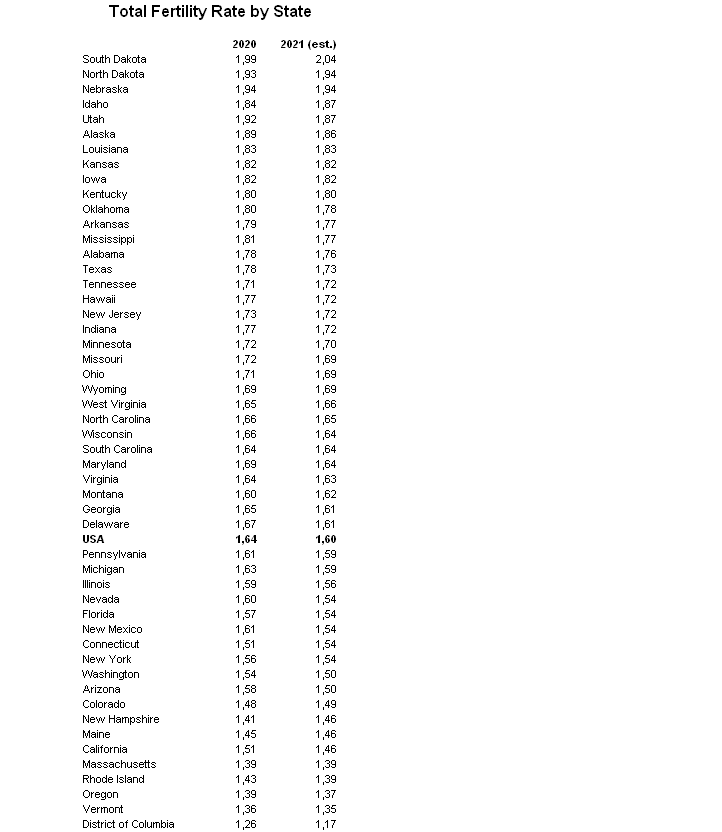