A Note on Freemasonry

Although Francis is said to dislike Freemasonry (based on his anti-bourgeois, Peronist views developed in Argentina), on his watch the Church's position has become murky and is moving to a de facto acceptance of some forms of it. Here is a remarkable letter from 5 years ago, in which a cleric in Australia, writing on official bishops' conference letterhead. tells a Freemason that there's no problem with Catholics belonging to some segment of Freemasonry as long as it's not an anti-Catholic segment. This is completely contrary to the CDF's ruling under Ratzinger. 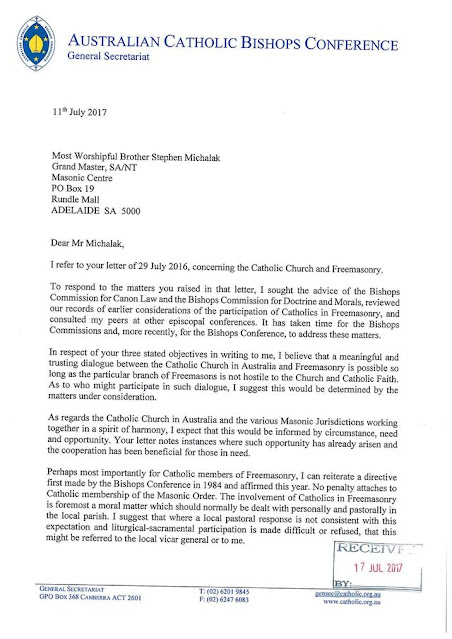 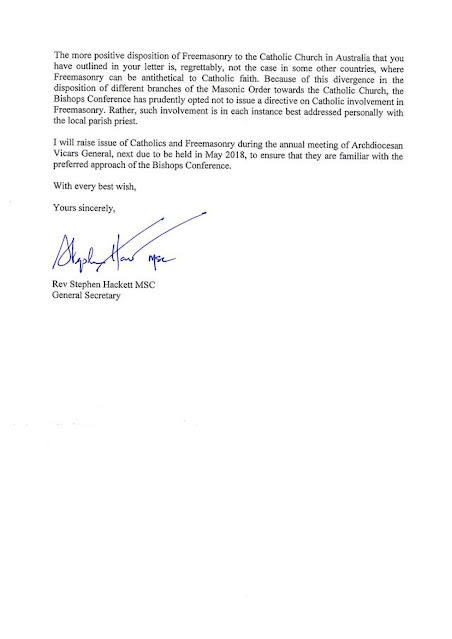