Connected with the article on the Sesshō, Toyotomi Hideyoshi, this was also the accession day of the Daijō Tennō. 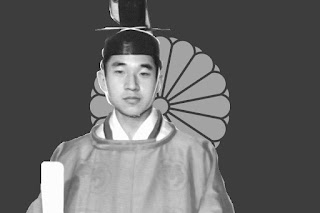 In the same neighborhood as today's article (below), I notice that today is the anniversary of the accession of HM the Emperor who came to the Chrysanthemum Throne on this day in 1989 upon the death of HM the Showa Emperor, becoming the 125th Emperor of Japan. We send our heartfelt congratulations to His Majesty, who has been an exemplary monarch and wish him many, many more years to reign.
Tenno Heika Banzai!