A very cute picture of a Little Prince! 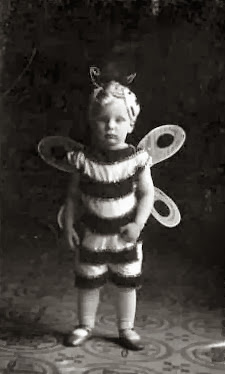 You know this photo had to be the cause of some resentment in the family later in life, don't you? As a side note, this was the youngest son of Prince Albert, 8th Prince of Thurn und Taxis. His older brother Prince Raphael was all set to marry his Czech cousin Princess Eulalia von Thurn und Taxis, the friends & family were there, the archbishop was ready when the Princess called off the wedding because she really loved the little brother (the bumblebee seen above). The family actually appreciated her courage and honesty and she later married the little brother instead.