From the "Those Who Worship at the Altar of Environmentalism" File: When "Veritas" Portends Climate Armageddon…

A reflection on the Chicken Littles of the anthropocentric climate change hoax and their attempts at raising the panic level.

From The Motley Monk

Those who worship at the altar of environmentalism might want to cool down their overheated rhetoric and do some “fact checking” before attempting to scare the bejeezus out of folks.
Consider the President of Harvard University, Larry Bacow. 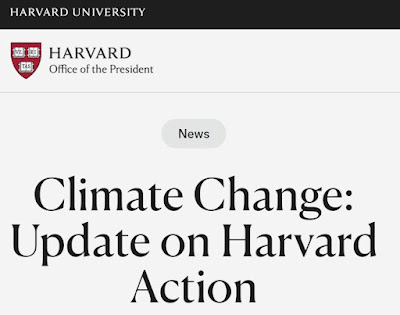 Allegedly a “super smart, smart” person who leads an elite U.S. institution of higher education the motto of which is “Veritas” (“Truth”), President Bacow sent an apocalyptic notice titled “Members of the Harvard Community” in which he made this rather dramatic announcement:

Climate change is the most consequential threat facing humanity....We are going to need a little optimism to preserve life on Earth as we know and cherish it today.

The last several months have laid at our feet undeniable evidence of the world to come—massive fires that consume entire towns, unprecedented flooding that inundates major urban areas, record heat waves and drought that devastate food supplies and increase water scarcity. Few, if any, parts of the globe are being spared as livelihoods are dashed, lives are lost, and regions are rendered unlivable.

Because President Bacow is allegedly “super smart, smart” and perhaps even “ultimate most smart, smart,” members of the Harvard community trust the climate is indeed going to Hell in a handbasket.
Perhaps Harvard’s President should issue a retraction, however.
Following the science, consider the established facts:
Prhaps President Bascow was using mainstream media accounts dating to 1895 to bolster his dire warning.
Care of the folks over at realclimatescience.org: 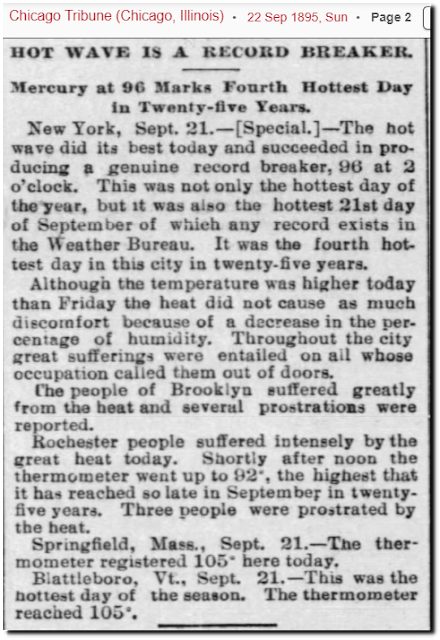 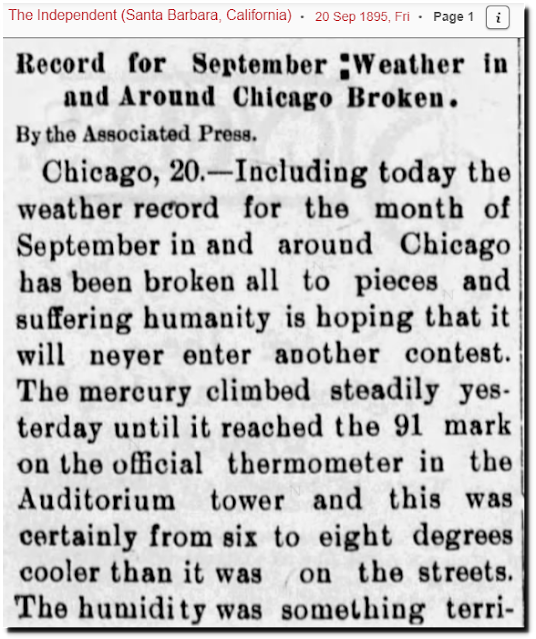 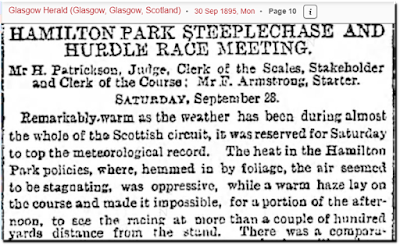 Then, more of the same 45 years later: 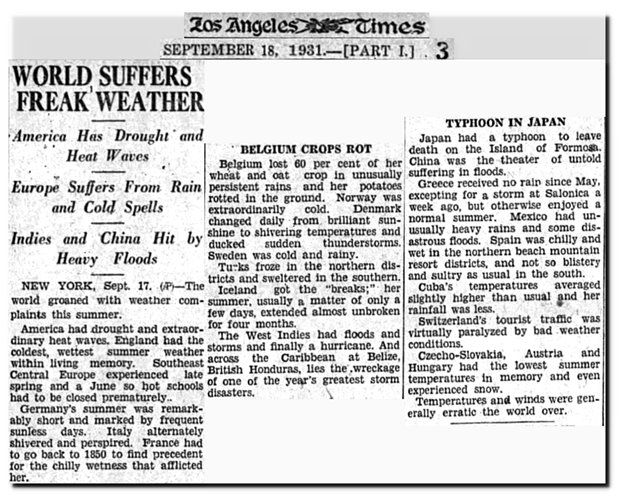 Had the allegedly “super smart, smart” President of Harvard University actually done a little bit of homework to uncover “Veritas,” he’d not have peddled what amounts to fake news.
[NOTE: Pope Francis could have done the same before committing his papacy to this political ideology as the way, the life, and the truth.]
President Bacow is just another in a very long history of climate Armageddon acolytes who worship at the altar of environmentalism and use the mainstream media to spread its ideology...irrespective of its verity.
Let the discussion begin...
To access the websites identified in this post, click on the following links:
Posted by Jovan-Marya Weismiller, T.O.Carm. at 15:37