Why Was This Catholic Congregation Sheltering A Laicized Serial Sexual Abuser?

A good question. Why is ANY Catholic organisation sheltering this perverted layman?

Media reports announcing criminal charges brought against Theodore McCarrick have revealed that he has been living at Vianney Renewal Center  in Ditmer, Missouri which is owned and operated by the Congregation of the Servants of the Paraclete (CSP). 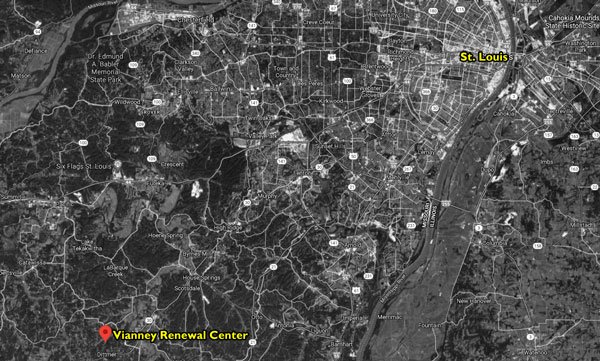 Although some have reported that McCarrick is paying his own way at the center, the question remains why McCarrick is being allowed to reside at a facility owned by the Catholic Church?  McCarrick is now officially a lay person, not a cleric.  CSP’s mission is to serve troubled priests, not lay persons.

Some have speculated that the powerful U.S. prelates are trying to effectively keep McCarrick under house arrest because he knows too much about sexual depravity in the hierarchy.  Faithful Catholics deserve answers, especially given the fact they have financed most of the payouts due to clerical abuse over the past 40 years.

TAKE ACTION: Contact the head of the Servants of the Paraclete, Fr. David Fitzgerald, at servantgeneral@aol.com or 636.274.5226 to express your concern about them harboring Theodore McCarrick.

Background on the Servants of the Paraclete

CSP is a religious congregation dedicated to ministering to Catholic clergy with personal difficulties. The organization was founded in 1947 by Fr. Gerald Fitzgerald in Jemez Springs, New Mexico.

In a 1964 letter to Bishop Joseph Durick of Nashville, Tennessee, Fr. Fitzgerald expressed “growing concern” about the dramatic change in the nature of problems that were being referred to his order:

May I take this occasion to bring to your attention what is a growing concern to many of us here in the States. When I was ordained, forty three years ago, homosexuality was a practically unknown rarity. Today it is rampant among men. And whereas seventeen years ago eight out of ten problems here [at the Paraclete facility, Via Coeli] would represent the alcoholic, now in the last year or so our admission ratio would be approximately 5-2-3: five being alcoholic, two would be what we call “heart cases” (natural affection towards women) and three representing aberrations involving homosexuality. More alarming still is that among these of the 3 out of 10 class, 2 out of 3 have been young priests.

Fr. Fitzgerald became increasingly convinced that such priests could not be cured, could not be trusted to maintain celibacy and should be laicized. He vehemently opposed returning sexual abusers to duties as parish priests. Some bishops chose to ignore Fr. Fitzgerald’s recommendations, preferring instead to rely on the advice of medical and psychological experts who asserted that treatment was feasible.

CSP was forced to consolidate its operation in Dittmer, Missouri after a series of lawsuits related to sexually abusive priests that had been treated at its facilities. It has been subject of numerous news reports accusing it of essentially becoming a ‘dumping ground’ for sexually abusive priests. Here is a sample of some of the priests who received treatment at CSP facilities: