Good News and Bad News on the Latin Mass Front

'Think of the bishops in England who betrayed the faith during the reign of Henry VIII and Elizabeth I and you have a portrait of Wilton Gregory.'

Good news from a good bishop:

Bishop Paprocki: “The problem has not been solved, but tensions have been heightened.” 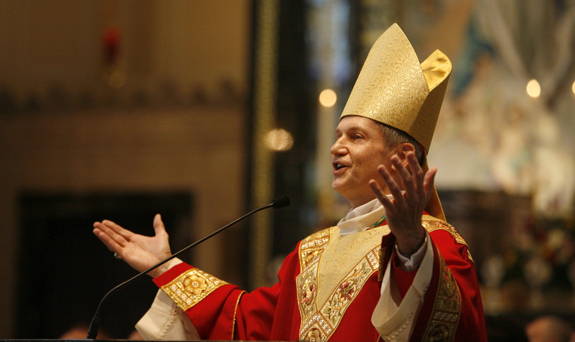 Bishop Thomas Paprocki of Springfield, IL offers hope, consolation, and kindness to those who love the TLM. Following the motus proprio, Tradionis Custodes, he issued a decree on continuance of the Latin Mass in Springfield.

While it gives specific permission for the FSSP and the Canons of St. John Cantius to continue the TLM, it also says this: "Priests who already celebrate Mass according to the Missale Romanum of 1962 in the Diocese of Springfield in Illinois are authorized to continue to enjoy this faculty upon request (Art. 5)." Will they be able to celebrate the Mass at parishes outside those specifically mentioned in the decree? That is unclear. But the weather in Springfield is sunny.

Bishop Paprocki also puts to the lie, from personal experience, the disgusting mantra that those who love the Latin Mass are holier than thou and look down on others or consider themselves superior. Here's a bit from the interview with Catholic World Report:

CWR: When you’ve visited the parishes in your diocese which offer the Traditional Latin Mass, what experiences have you had with their priests and lay people?

Bishop Paprocki: I first celebrated that Traditional Latin Mass in 2010 for the Latin Mass community of St. Rose of Lima Parish in Quincy, which is staffed by the priests of the Fraternity of St. Peter. I also did another time for St. Katharine Drexel Parish in Springfield, which encompasses two churches, one that offers the Ordinary form Mass in English and Spanish and another that offers the Extraordinary form. The priests who offer the Extraordinary form are from the Canons Regular of St. John Cantius. Both locations attract people who have an affinity for the Mass being celebrated in the Extraordinary form; they appreciate the Latin, and the sense of mysticism they experience. But in neither location did I experience people who had a sense of superiority over the rest of the Church...

A big thank you to Bishop Paprocki!

And now the bad news from the Archdiocese of Washington, D.C. from a cardinal who continually scandalizes the faithful by his approval of sacrileges Communion for Catholic politicians who publicly the faith and embrace grave intrinsic evils.

Think of the bishops in England who betrayed the faith during the reign of Henry VIII and Elizabeth I and you have a portrait of Wilton Gregory. 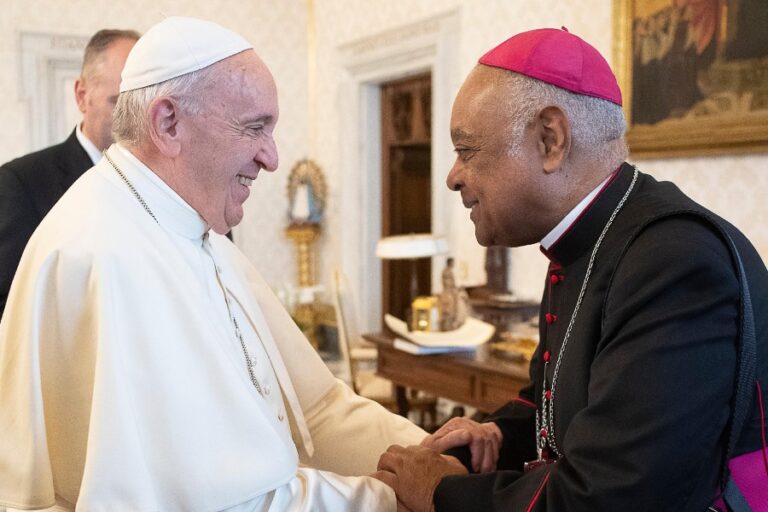 Pray for Holy Mother Church. How long will it be before we have another papal conclave? What a horror to think of Cardinals like Gregory, Cupich, Farrell, Parolin, Joseph Tobin, etc. choosing the next pope. Those who insist that the Holy Spirit elects the pope have a pretty low opinion of the Holy Spirit judging from some of the men who've sat on Peter's chair. It would be good for faithful Catholic to start praying and fasting now for the next conclave. Who will come out on the balcony? If he chooses the name Francis II, you'll know we're still in big trouble!