MM muses on the abdication of King Juan Carlos I and the accession to the Spanish Throne of HM King Felipe VI. 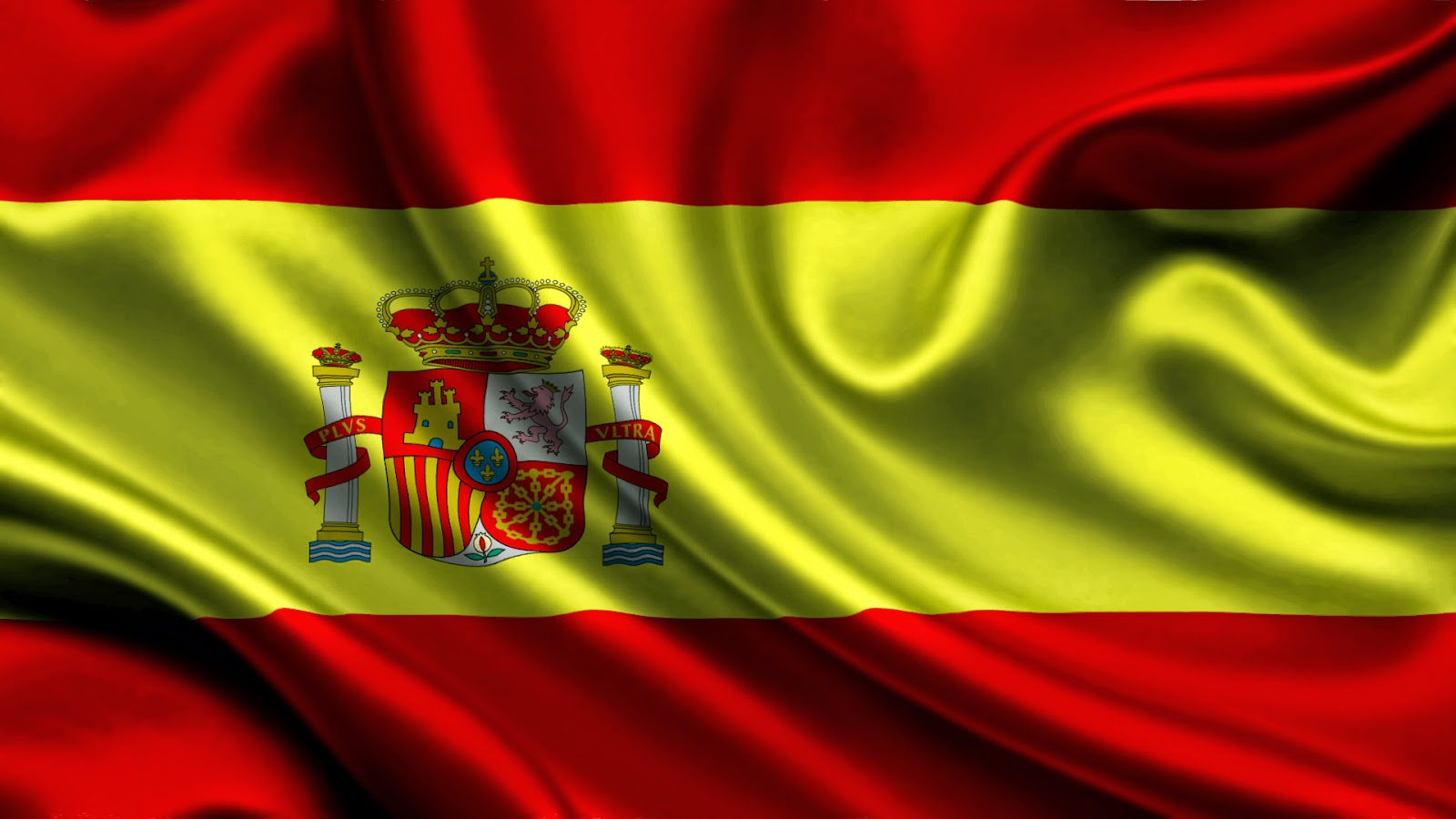 His Majesty King Juan Carlos I of Spain had tears in his eyes on Wednesday when his forty year reign officially came to an end. At the Royal Palace in Madrid, the King signed the official instrument of abdication before embracing his son and heir. The assembled guests and close members of the Royal Family applauded before the Royal March started playing. It was done simply, representing how hastily arranged everything was as the constitution made no provision for a monarch abdicating. Legislation had to be passed after King Juan Carlos announced his intention to abdicate to make everything legal. Further legislation was passed allowing for King Juan Carlos and Queen Sofia to retain their titles and their immunity from prosecution. Some media outlets have tried to make a fuss over the latter point but this is Spain we are talking about, a country that seems to have more than its fair share of publicity-hound judges who have ordered all sorts of foreign and domestic people of high profile to appear before them to answer charges. HRH Infanta Cristina can attest to that, as could the late President Pinochet of Chile and, as we mentioned here not long ago, another judge ordered the arrest of former Chinese leaders Jiang Zemin and Li Peng (which of course will never happen). Given that, not to extend the sovereign immunity of King Juan Carlos would be asking for trouble. 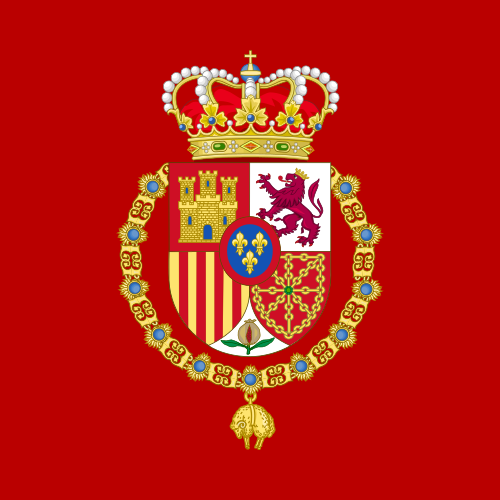 Later on there was a poignant moment of “passing the baton” as King Felipe VI donned the official uniform of the Captain-General of the Spanish Armed Forces. He was then assisted by his father who bestowed on him the red sash of this office, following the formal abdication. Not everyone may have appreciated the significance of this event, but I would think most monarchists would. Tradition and ceremony are vital elements of both the military and monarchy and the two institutions have always been very closely linked together. On hand for this ceremony, besides the royal father and son, were Queen Sofia, Queen Letizia, new Princess of the Asturias Leonor and Infanta Sofia, Infanta Elena, Duchess of Lugo and (I believe) her son Don Felipe. And, speaking of tradition, with the accession of King Felipe VI the Spanish Royal Standards received a makeover. When King Juan Carlos came to the throne a new Royal Standard was adopted that was different from previous designs, being blue with a smaller coat of arms set over a Burgundy Cross in the center. For King Felipe VI the standard has reverted back to the traditional style of a larger coat of arms on a crimson flag (previous royal standards have generally been red or purple) and with that, the other standards of other Royal Family members changed as well since all are basically modifications of the King’s official flag. 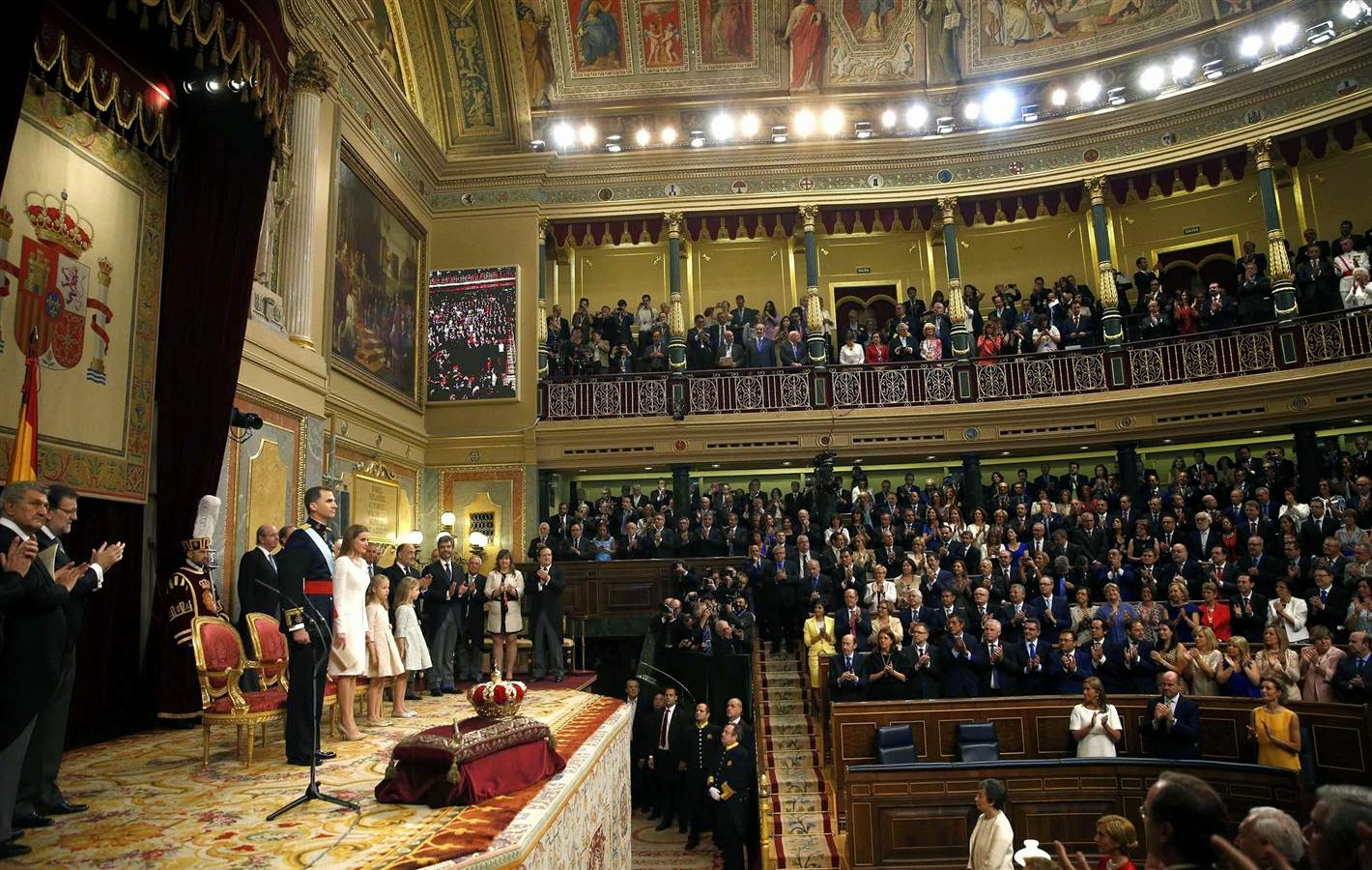 Later on Thursday came the formal swearing-in ceremony at the Cortes Generales (Spanish parliament). King Juan Carlos absented himself from the occasion, but Queen Sofia was present, joined by Infanta Elena. King Felipe VI emerged on the platform accompanied by Queen Letizia, Princess Leonor of Asturias (now the youngest heir to the throne) and Infanta Sofia. There was a long applause by those assembled, despite two subtle attempts by the King to signal them to stop. With the ceremonial crown on a nearby cushion, Felipe VI took his oath to uphold the constitution and was then proclaimed King Felipe VI with shouts from the chamber of ‘Long live the King’ and ‘Long live Spain’. The new monarch gave a short speech in which he thanked his father for his long years of service, pledged to have a renewed monarch for new times, promised to listen and to advise and to work for reviving the Spanish economy and creating jobs. He also pledged his support for Spanish unity and ended his remarks by saying thank you in the four regional languages of Spain; Castilian, Basque, Catalan and Galician. 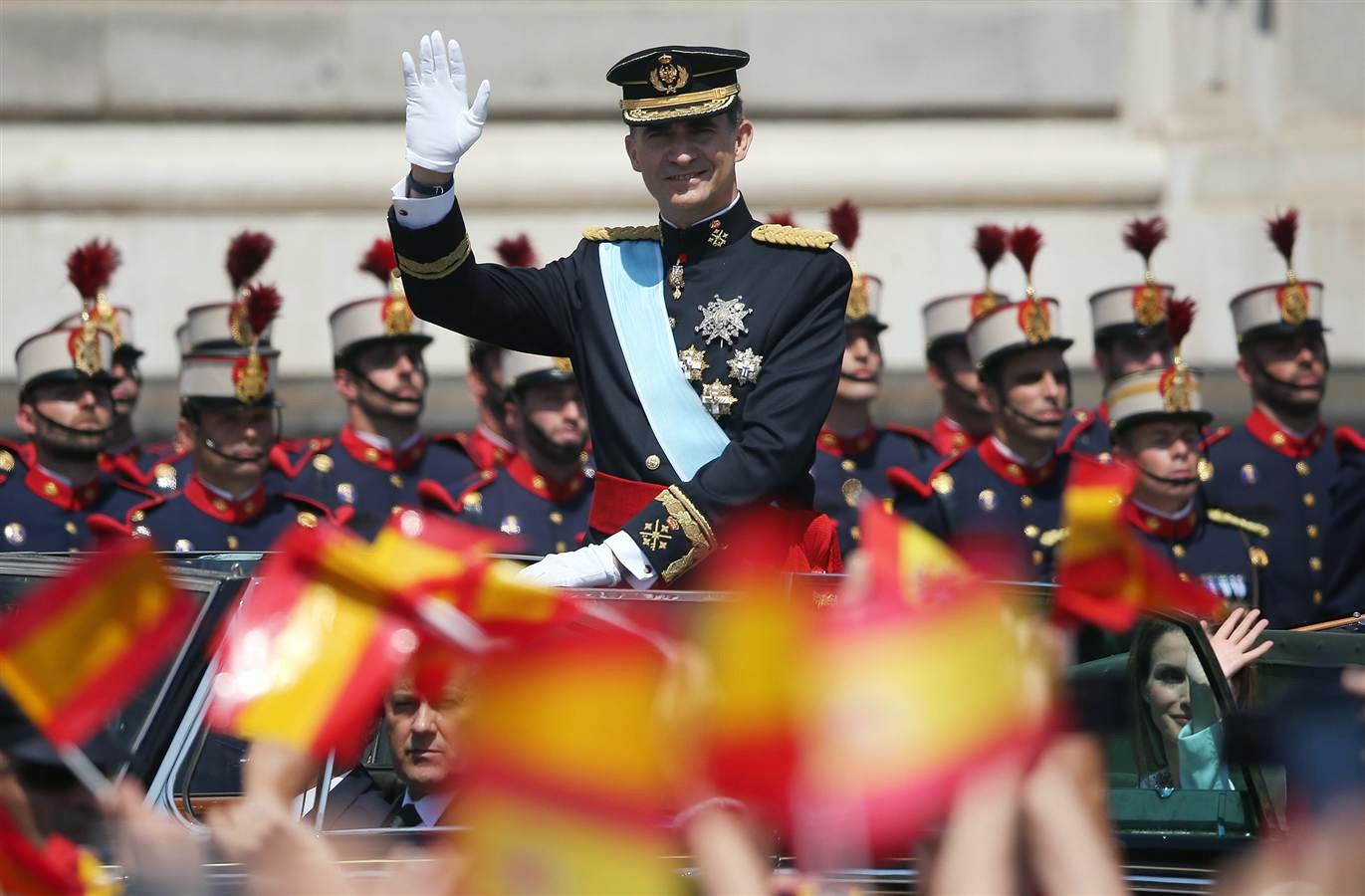 Afterward, the Royal Family made their way to the palace in an open car with the new King standing to wave to the crowds lining the streets. It was quite a display of military pageantry, particularly the cuirassiers with their shining breastplates and helmets with long horse-hair manes escorting the Royal Family. As they pulled into the palace the Royal March was played again and artillery fired a thunderous salute. Once back inside, all came out on the balcony to greet the public, this time with King Juan Carlos joining in. The immediate Royal Family had some time on their own and King Felipe VI also had some time on the balcony alone, just himself and his subjects together. To make sure that there were no disruptions to make the country look bad at a time when world attention was focused on Spain, a special law banned all republican symbols though, alas, only temporarily as people must always be free to espouse the cause of treason (at least in monarchies it seems). It was a great day for Spain, a day of transition but also of stability and continuation. Everyone present seemed genuinely happy, for their country and for the monarchy. It was not lost on everyone present that Spain is a diverse country and for those who do not wish to see their country broken up into a collection of small, petty-republics, the monarchy provides an invaluable source of unity if the people choose to avail themselves of it and not make the mistake (again) of throwing it away. 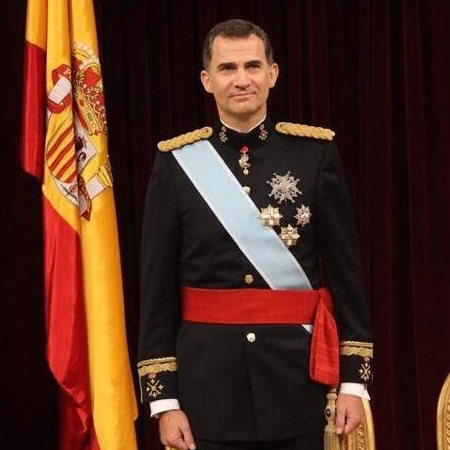 There was also, from what I was able to see, no focus on King Juan Carlos or any of the recent troubles the family has gone through but a positive and hopeful focus on King Felipe VI and Queen Letizia which does give hope that the monarchy can get beyond the recent rough patch and move forward to happier times. Everyone seemed impressed with the King and willing to give him a chance, which is probably the best that can be expected. Let us hope that, with King Felipe VI, all of that former talk of people being ‘Juan Carlists’ but not monarchists will stop and that the monarchy is here to stay will be taken for granted. ¡Viva el Rey! ¡Viva España!