May he rest in peace, and may light perpetual shine upon him. Memory Eternal! 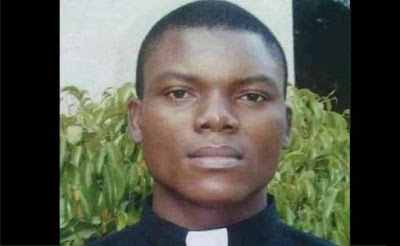 Jalingo, Nigeria, Aug 30, 2019 / 10:08 am (CNA).- A Catholic priest was killed in Nigeria this week when the car he was driving was set ablaze.
Fr. David Tanko was traveling within the Jalingo diocese of Nigeria, near the country’s border with Cameroon, when he was attacked Aug. 29. The priest was traveling to a “peace meeting” of local clergymen to discuss a conflict between the local Tiv and Jukun ethic groups.
“We received the nconostasews of his death with shock. This is sad. The diocese is mourning,”  Bishop Charles Hammawa of Jalingo told local media.
“We have been preaching peace and making efforts to bring both parties in the crisis in the area to a roundtable discussion,” the bishop added.
Shiban Tikari, chairman of Taraba State Council, told local media that a Tiv militia carried out the attack.
Hammawa encouraged a peaceful response to Tanko’s killing.
“Our basic concern now is to give him a befitting burial,”  the bishop said.
“We don’t want any group to go on reprisal. Going on reprisal will only worsen the situation.”
The bishop announced a Vigil Mass for the priest on Monday, Sept. 2 and burial the following day at the diocesan cemetery in Jalingo.
Posted by Jovan-Marya Weismiller, T.O.Carm. at 15:09