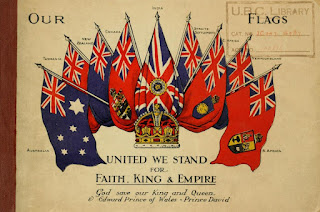 The idea of a day that would "remind children that they formed part of the British Empire" was conceived in 1897. In 1898, Canadian Clementina Trenholme introduced an Empire Day to Ontario schools, on the last school day before 24 May, Queen Victoria's birthday. Empire Day or Victoria Day was celebrated in the Cape Colony before the Second Boer War and thereafter throughout the Union of South Africa.

Empire Day was introduced in the UK in 1904 by Reginald Brabazon, 12th Earl of Meath, 'to nurture a sense of collective identity and imperial responsibility among young empire citizens'. In schools, morning lessons were devoted to "exercises calculated to remind (the children) of their mighty heritage". The centrepiece of the day was an organised and ritualistic veneration of the Union flag. Then, schoolchildren were given the afternoon off, and further events were usually held in their local community. Empire Day became more of a sombre commemoration in the aftermath of World War I, and politically partisan as the Labour Party passed a resolution in 1926 to prevent the further celebration of Empire Day.

After the death of Queen Victoria on 22 January 1901, her birthday, 24 May, was celebrated from 1902 as Empire Day, though not officially recognised as an annual event until 1916. In 1925, 90,000 people attended an Empire Day thanksgiving service held at Wembley Stadium as part of the British Empire Exhibition. The British Empire League promoted Empire Day as a patriotic holiday. Empire Day traversed class boundaries, and after the First World War, the jingoism was toned down in favour of sombre commemoration in the festival.

"The Conservative party and other groups adopted Empire Day as a vehicle for anti-socialist propaganda, whilst the communist party exploited it as an opportunity to attack British imperialism. Other protests came from local Labour groups and pacifist dissenters. The overt politicization of Empire Day severely disrupted its hegemonic function and the political battles fought over the form and purpose of the celebrations made it difficult to uphold the notion that the festival was merely a benign tribute to a legitimate and natural state of affairs."