Today is the Feast of St Joan of Arc, Chief Patroness of France. As France suffers more and more each day from alien invasion and the burgeoning Fourth Reich, may the prayers of St Joan and her Co-Patrons bring France back to the covenant she made with God at Rheims in AD 508, when King Clovis was baptised, the defeat of the Revolution, the end of the Satanic Republic, and the Restoration of the Monarchy. 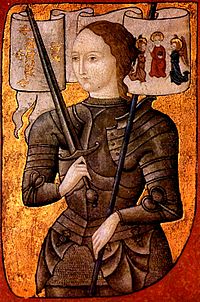 "O God, through Saint Joan the Virgin, who didst raise up wonderfully Thy faith in the defence of her nation, grant, we beseech Thee, that through her intercession Thy Church may enjoy perpetual peace and Thy enemies may be overcome. Through Our Lord..." 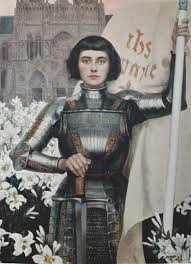