/Satire/ How To Get Rid of the Latin Mass /satire/

Yet another Chapter in Eccles' essays of advice on 'How to be a Good Pope'.

It's time for another in our long-running series on "How to be a good pope," which is proving unmissable reading for those cardinals itching to sit on the throne of St Peter.

The story so far: your predecessor, Pope Benedictus, who lives entirely on German beer and is therefore still alive at the age of 103, wrote a Motor Propeller, Summa Holiday (memo: check title) permitting the wider use of the traditional Latin Mass. 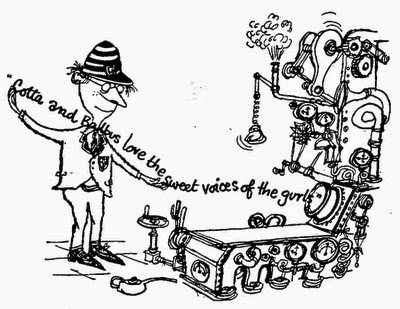 Translating some updates to the liturgy into Latin.

Now you always hated Latin at school, ever since Mr Pacelli gave you six of the best for mistranslating the Lord's Prayer. And there is evidence of widespread support for your views - why only yesterday you got a letter on the subject which said "old, unpopular, incomprehensible, really rather pointless, better alternatives available." Admittedly they were talking about you, but it's the thought that counts.

So the time has come to repeal Summa Holiday. You were waiting for Benedictus to die, but you saw him out jogging this morning, and you are wondering whether he might even outlive you. So you have written your own Motor Propeller. In Italian of course, as it would be shooting yourself in the foot if you used Latin. Anyway, your F- grade in Latin is still a sore point.

Still, to make it look official, you have given it a Latin title. 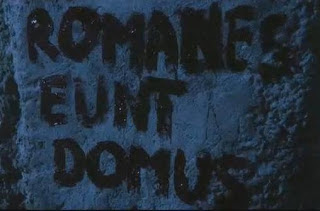 The cover page of your Motor Propeller.

Romanes Eunt Domus is - your advisers assure you - an idiomatic way of saying "No more Latin", and will make the public realise you are serious.

The first thing to do is to give a press conference to which none of the press is invited, just a bunch of chatty Italian bishops. That way, your plans can leak out unofficially (as your mate Arthur Sousa points out, "If it ain't on a tape-recorder, it never happened, and that goes for the New Testament too.")

Now ask a few dead-beat journalists to make up reasons why the Traditional Latin Mass needs suppressing. They will say it is:

and so on. Then you can go ahead with it. One top tip is to replace Cardinal Sarah at the Congregation of Divine Worship with his deputy, bluff Yorkshireman Friar (Arthur) Tuck. You've never been able to understand a word he says, but you're fairly sure that he hates Latin ("ee, tha's a poncey southern language!") so he will help you implement Romanes Eunt Domus, and take the blame if it all goes wrong. Make him a cardinal so that you can keep an eye on him. 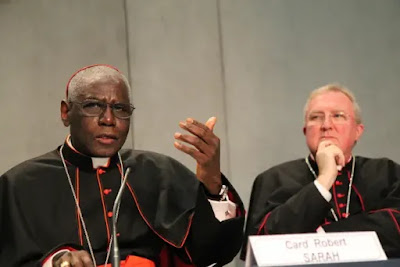 When I become Pope, my first encyclical will be called On Ilkla Moor Baht' at.