/Satire/ How to Revive a Dead Apostolic Exhortation /satire/

Eccles has some more advice on 'how to be a good Pope' riffing on the just announced 'year of reflection on Amoris laetitia'.

This is the latest instalment in our series "How to be a good pope", intended mainly for those who one day expect to be sleeping with the Keys to Heaven under their pillow, and giving out red hats to all their best mates. (To judge by the number of hits this blog gets, only people expecting the very top job will actually read this.)

Now, one thing that popes do is to write encyclicals and apostolic exhortations. Most of these are destined to gather dust in the Vatican library, and most of your cardinals will be borrowing copies of How to hide your drug habit and Money-laundering for beginners rather than one of Pope Leo XIII's 88 encyclicals (yes, really), and he was an Agatha Christie compared with you. 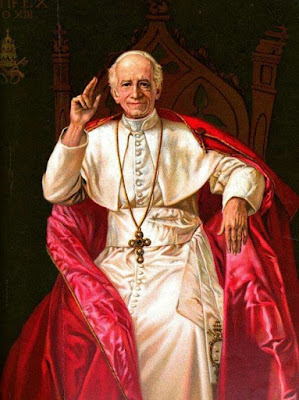 "I feel another encyclical coming on..."

So you decide to have a special year to celebrate your writings, and maybe clock up some more royalties. You are just over halfway through a year of celebration of "O SOLE MIO", your encyclical about the environment, and after an initial rash of jokes about plastic straws and Greta Thunberg, the world simply refused to take note, and went back to thinking about God instead.

They're not getting away with that! Even before the O SOLE MIO year of admiration is over, hit them with a new year (in fact fifteen months) dedicated to your other masterpiece AMOROUS LASCIVIA. In order to get it past the censors, attach the name of a great saint who won't answer back - Joseph, perhaps, who was well known for saying very little.

Ah, but you're saying, AMOROUS LASCIVIA went down very badly. Four cardinals spotted that it contradicts the previous 2000 years of Catholic teaching on marriage and the family, and sent in some Dubia. Two of them have since died, but the other two are beginning to suspect that you are never going to answer them - how faithless of them, in another twenty years or so you will have worked out which of the 32 possible combinations of YES and NO is the one least likely to embarrass you most reflecting Catholic teaching. 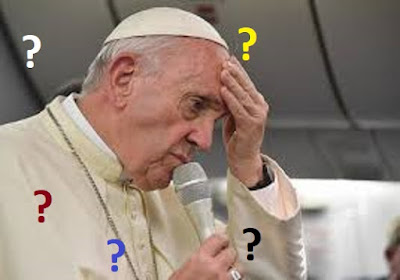 Sometimes, Dubia can be TOUGH.

Just ignore them and set up a website with lots of pictures of YOU doing family-type things - you know, smiling at children as if you liked the little beasts, blessing families, etc. Try to avoid the one featuring father, mother, father's previous wife, father's mistress, and mother's live-in lesbian lover, no matter what Fr James Martin says; also the one where the kids wouldn't smile and you hit them.

Now, you need a good programme of events to keep things going. Organize a "We love Amorous Lascivia" conference with distinguished speakers such as Austen Ivereigh and Massimo Faggioli. You may have to do it by ZOOM: some of the speakers will prefer this as they won't have to wear trousers. Next get those unsold AMOROUS LASCIVIA tee-shirts and coffee mugs from the cellar. Be imaginative!

There, that'll stop them worrying about the mess you got into with the Pachamama Synod!