Another stab at canceling Columbus. Mother Cabrini was a fellow Italian and I'm sure she knew that Columbus was attempting to bring the Faith to the Americas, which is why he must be canceled.

CNN recently reported, “Colorado passed legislation Tuesday to replace Columbus Day with Cabrini Day because bill sponsors say it doesn’t represent their community members. The first Monday of October will now honor Frances Xavier Cabrini, who according to the bill, is the woman responsible for creating 67 schools, hospitals, and orphanages in the United States and South and Central America throughout her lifetime. Sen. Chris Hansen, one of the bill’s sponsors, told CNN that Cabrini is a local Colorado hero because of the work that she did.  Chicago and New York join Colorado in honoring Cabrini with a shrine dedicated to her, Rep. Adrienne Benavidez, another one of the bill’s sponsors, told CNN.”

Although CNN reports it accurately that St. Frances Xavier Cabrini created “67 schools, hospitals, and orphanages in the United States and South and Central America throughout her lifetime,” and although it is true that “Colorado passed legislation Tuesday to replace Columbus Day with Cabrini Day,” I believe that Cabrini would be the first to oppose the notion of supplanting Columbus Day with a day named after her.

As Mother Cabrini founded a missionary congregation of nuns, she told Pope Leo XIII around 1887 that she wanted to go to the far east (perhaps like her namesake St. Francis Xavier?) But Pope Leo XIII famously admonished her: “Not to the East, but to the West, my daughter.” And to the West she went…

Just a bit of her adventures are recounted at catholicism.org: “When she left Granada, Mother traveled for a month in the wilds of the rest of Nicaragua with an eye to establishing future houses there. She went to the territory of the Mosquitia Indians. How she yearned to bring Christ to these primitive, yet not unintelligent people! But this yearning was never fulfilled, as a mere two years after she established the school in Granada, all religious were expelled in an anticlerical revolution. As she sailed from the eastern coast of Central America, her next adventure took her to New Orleans, where many Italian immigrants had settled in the warmer climate of the South. Sadly, they were even more despised there than in the North. The local French Creole aristocracy of the city, though Catholic, wanted no part of them, and the Protestants of the countryside thought them lower than the Negroes. Some of the Sicilians brought the criminal organization of the Mafia with them and, in fearing a few, the Americans of the Deep South learned to fear and hate all.” 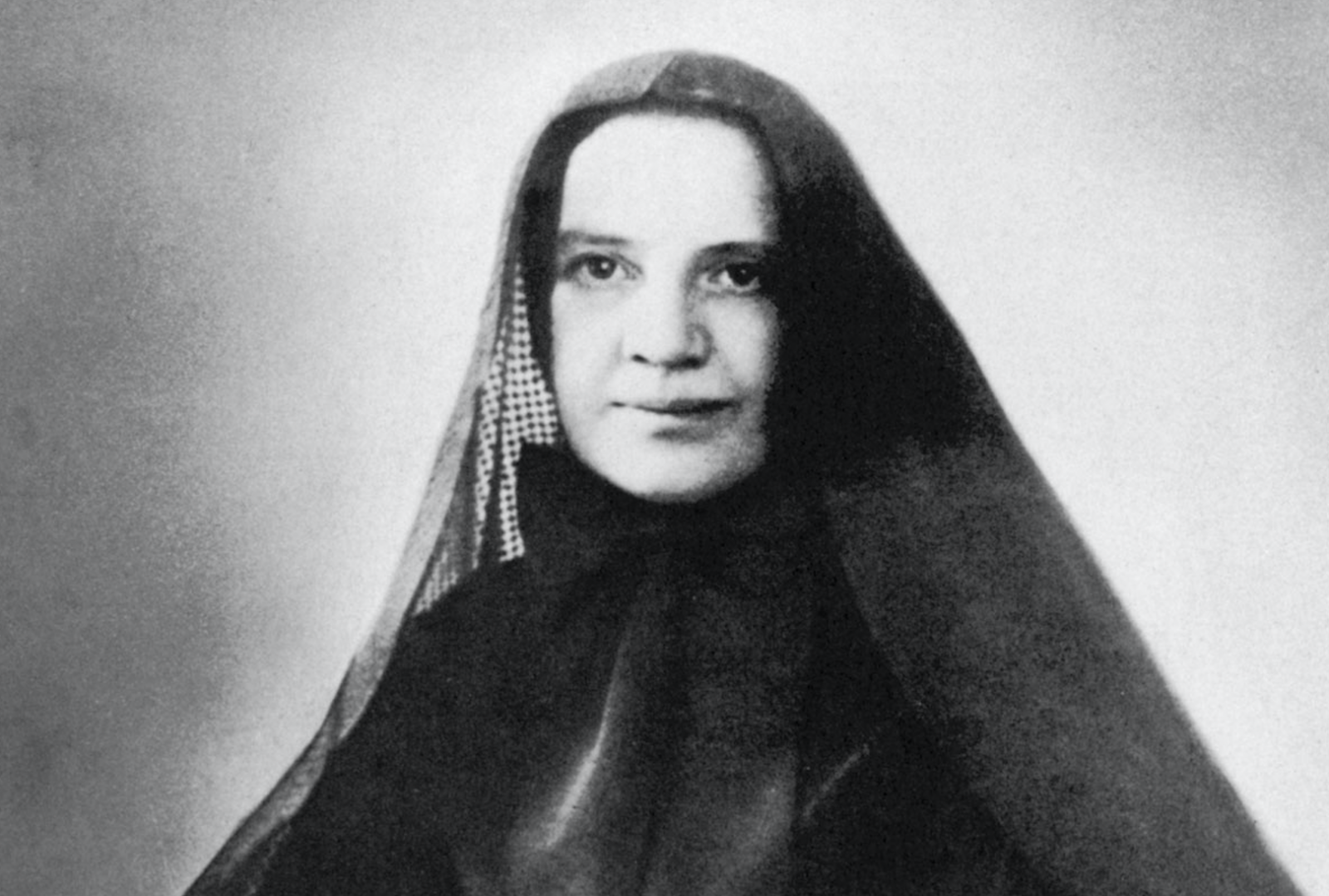 St. Frances Xavier Cabrini understood that whether it was the Denver Fire Department or captains of boats in the Caribbean that brought her from Central America to the Gulf Coast, it would be rough men and sinners who would drive her up a mountain or across a sea. This doesn’t mean she spent time with sinners while they sinned. It doesn’t even mean she ratified them in their consciences to “pastorally meet them where they are.” It means that she was a light of Christ in the darkness and she understood that, without moral compromise in the slightest, all missionaries must hitch a ride with less than saintly men. Yes, the sailors who spoke like sailors just might be rewarded by God for bringing a group of missionary nuns to establish dozens of orphanages across South America and North America. She needed no certificate of baptism to drive her boat. She needed no promise of a clean mouth for a Denver Fire Department brigade to drive her from Denver to Golden.

Rather, less-than-perfect Christian men like JFK and MLK are part of American history, too.  And Cabrini trusted sloppy men as much as she could with parts of her mission, for she knew theologically: The Incarnation entered a sloppy, imperfect world. 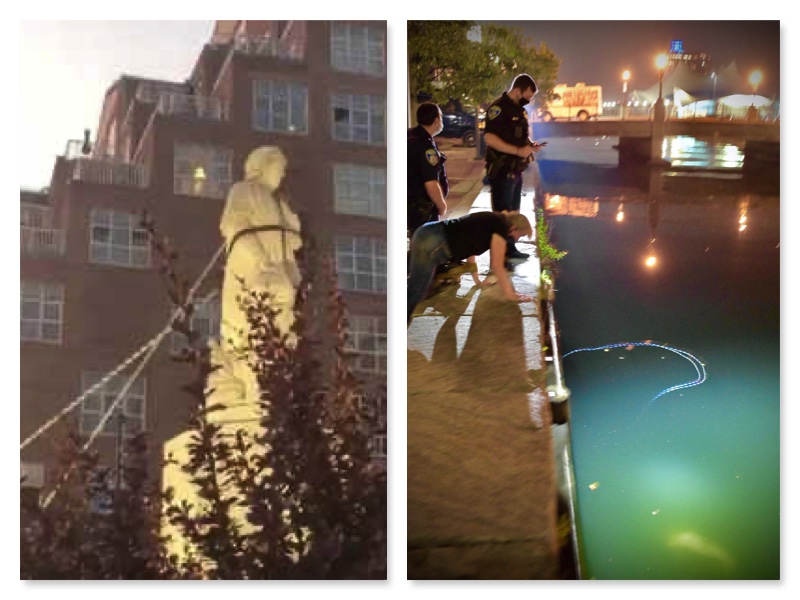 The above top left picture displays the destruction of a statue of Christopher Columbus in the recent race riots in Baltimore. The above right picture displays the Baltimore river in which the statue of Christopher Columbus was thrown. Sadly, most Catholics in 2020 have agreed with BLM on removing statues like Christopher Columbus (be it violently in Baltimore or be it peacefully in Colorado) because it really isn’t about morals at all—it’s about appeasing the mob.  And yes:  A quiet destruction of a statue by signatures in legislature effects just as much of a mentally-destructive revisionist history as a violent destruction of a statue. The Colorado Catholics who rejoice in Columbus Day being replaced peacefully by Cabrini Day are doing nothing short of making the anti-Catholic French Revolution easier for the rioters here in America in 2020 under BLM, Antifa and the democratic party.

Any European saint born within a hundred years of the French Revolution (like Mother Cabrini) would instantly recognize that a violent or a peaceful destruction of an important Catholic in history (albeit one like Columbus with moral flaws less pronounced than JFK or MLK) is doing nothing short of de-constructing a world history with a new moral order. So also, the toppling of statues like Christopher Columbus is nothing short of an American version of a French Revolution that every Catholic must oppose, especially a saint who could never approve of a de-constructed American Catholic history or a new moral order.