Is Conservatism an Ideology?

If Kirk was able to define six 'canons' of conservative thought, I must agree with Nisbet that conservatism is an ideology. 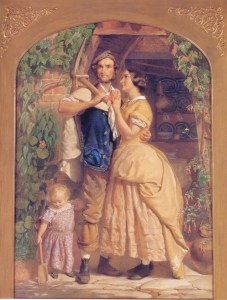 In his excellent, short book, Conservatism: Dream and Reality, Robert Nisbet had no problem in identifying conservatism as an ideology. Whereas his friend, Russell Kirk, had repeatedly resisted defining the faith as anything other than a “way of being” quite contrary to all ideologies (in essence, an anti-ideology). Nisbet proclaimed it one of three ideologies to have emerged since the Enlightenment of the eighteenth century, the other two being radicalism and liberalism. He defined ideology in the following terms:

An ideology is any reasonably coherent body of moral, economic, social and cultural ideas that has a solid and well known reference to politics and political power; more specifically a power base to make possible a victory for a body of ideas. An ideology, in contrast to a mere passing configuration of opinion, remains alive for a considerable period of time, has major advocates, and spokesmen and a respectable degree of institutionalization. It is likely to have charismatic figures in its history—Burkes, Disraelis, Churchills, etc.—among conservatives and their counterparts in liberalism and socialism.[1]

Like Kirk, though, Nisbet resisted identifying conservatism with “the right” or the “right wing.” Further, he cautioned against attempting to understand conservatism (or liberalism or radicalism) by the actions of any politician, noting that the politician will almost always pursue the longings of his own ego rather than the demands of any prescribed formula.
For Nisbet, as for Kirk, conservatism—though a term not really employed with any degree of permanency until the 1830s—in the modern world means the thought of Edmund Burke diffused throughout culture and throughout society. “I have cited Burke more than anyone else: this is proper and indeed inevitable,” Nisbet wrote, as “Burke is the prophet—the Marx or the Mill—of conservatism.”[2] Almost every conservative from Burke’s time forward was—to a greater rather than a lesser extent—a disciple of the great Anglo-Irish statesman and philosopher. Even Alexis de Tocqueville—a conservative in thought though a libertarian in politics—“dilated on Burke” and, in some areas, “outdid” him in his criticisms, especially of intellectuals.[3] Overall, Nisbet claimed:

Conservatism did not become a part of political speech until about 1830 in England. But its philosophical substance was brought into being in 1790 by Edmund Burke in his Reflections on the Revolution in France. Rarely in the history of thought has a body of ideas been as closely dependent upon a single man and a single event as modern conservatism is upon Edmund Burke and his fiery reaction to the French Revolution. In remarkable degree, the central themes of conservatism over the last two centuries are but widenings of themes enunciated by Burke with specific reference to revolutionary France.[4]

Certainly, if Burke served as the fountainhead of conservatism, the French Revolution served as the crisis preceding all forthcoming crises. Even Marx, Lenin, and Trotsky offered only derivative arguments. As evidence, Nisbet cited the infamous statement of revolution first expounded by the Committee on Public Safety: “You must entirely refashion a people whom you wish to make free, to destroy its prejudices, alter its habits, limit its necessities, root up its vices, purify its desires.”[5]
Following Burke, conservatism came into being as a struggle against statism (especially nationalism) on the one hand and extreme individualism on the other.
In his definition of the ideology, conservatism, then, Nisbet provided six “dogmas” that every conservative—to one extent or another—accepts. That Nisbet chooses six almost certainly consciously or unconsciously echoes Kirk’s six canons of conservative thought.
The First Dogma: conservatives are always and everywhere “prophets of the past.”[6] In almost everything, they demand that for a thing to be taken seriously, it must have happened in the past and cannot exist, merely, in the abstract or rational mind. As such it is not inappropriate to label true conservatives as reactionary or archaic. “All the great conservatives have made plain their allegiance to the past.”[7][8] Real history, Nisbet believed, was the work of generations, and continuity mattered far more than uniqueness or innovation. “True history is expressed not in linear, chronological fashion but in the persistence of structures, communities, habits, and prejudices generation after generation,” he argued.[9] Even the Latin word for tradition, tradere, meant a deposit of sacred things.
In general, most conservatives view the Medieval as the standard of what was good, true, beautiful, and possible in this world. In particular, conservatives appreciate that the non-political spheres in the Medieval—such as the church, the university, and the family—transcended and trumped political institutions. “In many ways the greatest contribution of conservatism was that of making the medieval-traditional the standard of excellence for assessment of art, literature, and life itself,” Nisbet argued.[10]
The Second Dogma: conservatives believe that “prejudice has its own intrinsic wisdom, one that is anterior to intellect.”[11] One can readily relate this to C.S. Lewis’s fear that our modern world made men without chests. In the modern world, he thought, too many relied upon either the rationality of the mind or the passions of the stomach, ignoring the imagination of the soul.
Most intellectuals, Nisbet decided, lived too much in the abstract, representing not reality, but subjective drownings in their own rootless minds and soul-less souls.
The Third Dogma: authority is something inherently different from power. Authority, Nisbet argued, came from acceptance from those in charge as well as those under those in charge. Authority, therefore, came from respect for one’s place in the order of things, thus, relating it closely to the classical definition of justice, to give each his due. Power, though, came from the imposition of one upon another, without consent.
The Fourth Dogma: there is and always will be an “inherent and absolute incompatibility between liberty and equality.”[12] Liberalism, the ideology obsessed with equality, really served as a way station between the traditional of the medieval and the bland totalitarianism of Animal Farm and 1984.
The Fifth Dogma: that property and the right to property is the most essential right as well as the great mark of civilization. “Property is more than an external appendage to man, mere inanimate servant of human need,” Nisbet argued. “It is, above anything else in civilization, the very condition of man’s humanness, his superiority over the entire natural world.”[13] After all, Nisbet reminded his readers, Edmund Burke was, if anything, even more pro-laissez-faire than was his close friend, Adam Smith. Even the struggle within the Republican Party of 1964 was a struggle for different visions of property: the small entrepreneur of the West vs. the corporations of the East Coast.
The Sixth Dogma: society can only exist when it is undergirded by religious morality. Even atheists within conservatism—such as Albert Jay Nock—Nisbet believed, understood the vital qualities of religion to a healthy society. To be sure, though, such belief could easily be perverted, and “Christ the Redeemer” might very well morph into “America the Redeemer Nation.”[14]
Nisbet ended the book with an assessment of the so-called—as he saw it—victory of 1980, which he doubted with a healthy skepticism. While Reagan was a conservative, he was also, critically, a populist (an idea that Nisbet despised as the antithesis of conservatism[15]), an evangelical (another concept that Nisbet despised), and a “Far Rightest, and so on, by turns and doubtless by calculation.”[16] In reality, Nisbet claimed, Reagan was a Second World War New Deal Democrat, a successful and manipulative coalition builder, a sort of master politician. Nisbet especially disliked Reagan’s military buildup.

All these were pronounced ‘conservative.’ Of all the “mis“ascriptions of the word ‘conservative’ during the last four years, the most amusing, in an historical light, is surely the application of ‘conservative’ to the last-named [‘budget-expanding enthusiasts for great increases in military expenditures’]. For in America throughout the twentieth century, and including four substantial wars abroad, conservatives had been steadfastly the voices of non-inflationary military budgets, and of an emphasis on trade in the world instead of American nationalism. IN two World Wars, in Korea, and in Viet Nam, the leaders of American entry into war were such renowned liberal-progressives as Woodrow Wilson, Franklin Roosevelt, Harry Truman, and John F. Kennedy. IN all four episodes conservatives, both in the national government and in the rank and file, were largely hostile to intervention; were isolationists indeed.[17]