A look behind the lies the Chinese Communist Party (CCP) used to try to cover up the CCP virus pandemic they engineered.

By Bai Lin (A pseudonym used for security reasons.)

As the CCP controls public opinion with propaganda to depict itself as “the great power defeating the epidemic,” many Chinese learn to read between the lines. 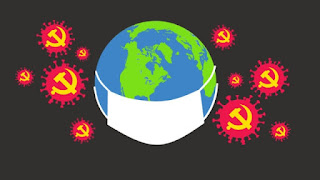 The state-run media in China reported that on March 11, the last 47 coronavirus patients were discharged from hospitals in Yantai, a prefecture-level city in the eastern province of Shandong, after they were declared completely cured. Zhang Kuiyang, vice director of the Yantai Health Committee, announced to the media that there are no more coronavirus cases in the city.
However, an informed source reported to Bitter Winter that the next day, a critical coronavirus patient died in one of the city’s hospitals.
The source explained that local governments are forced to report that coronavirus cases have been “reduced to zero,” afraid to be reprimanded by the higher-ups. “Even though more deaths occur, they are not counted as caused by the novel coronavirus,” the source added.
Since mid-February, reports on coronavirus cases being reduced to zero have been frequently published across China, but many people report just the opposite.
Several sources from Shandong’s Shouguang city revealed to Bitter Winter that the local government concealed the truth in reporting COVID-19 fatalities and even offered money to silence the relatives of the deceased, creating a false impression that the epidemic has been contained.
Bitter Winter continues to receive such reports from across China. While people read the government-censored news, insiders with the knowledge of the actual state of affairs urge their relatives to stay home as the danger of contagion is still severe. The discrepancy in information makes people worried.
A man who talked to Bitter Winter on condition of anonymity explained that many Chinese have learned to read government-published news from the opposite perspective. He gave an example: His wife agreed to store some grain at home only after the government started denying “rumors” that China will be short of grain this year, claiming that there is plenty. The more the state-run media and government officials refuted the news on the shortage of grains, the more people started buying them. Their panic is an expression of distrust with the authorities.
Even children are confused about the government-issued information. Primary and middle schools in Wucheng county, administered by Shandong’s Dezhou city, organized classes to its students about the epidemic prevention. Teachers explained that according to the information provided by the Education Bureau, the coronavirus originated from bats and blamed those who ate the animals for causing the epidemic. “My son was confused,” one of the pupil’s parents told Bitter Winter, “because the government blamed the United States for the coronavirus, and now, they say that it originated in bats.”
People online are raising similar questions. “Since the CCP believed that the US army had brought the epidemic to Wuhan, why has it kept this secret for so long?” one netizen commented. “Did the CCP government work with the US? If the virus originated in the US, the CCP government should have closed all channels from the US. Why did they blame the US for being the first country to ban flights from China?”
“To hide one lie, a thousand lies are needed,” an old proverb says. Tragically, the entire world is paying dearly for the CCP’s lies.
Posted by Jovan-Marya Weismiller, T.O.Carm. at 14:42