Was G.K. Chesterton a Socialist?

Of course not, and Mr Pearce shows the absurdity of the charge.
.
From The Imaginative Conservative


G.K. Chesterton’s ideas concerning government intervention in the economy have led some to believe that he may have been a socialist. They argue that the political creed of distributism, which Chesterton advocated, would involve the coercive redistribution of wealth. But are these critics right in their characterization of Chesterton’s ideas? 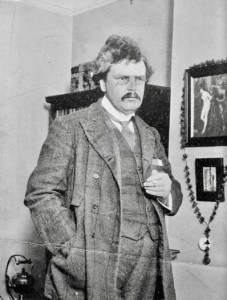