Royal news from around the world in early April 2014. Sorry for the small type. It was a bitch to format! 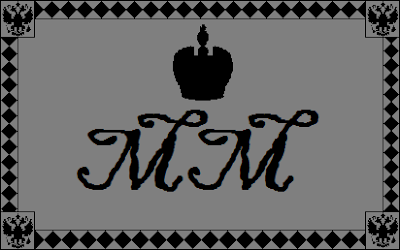 Saving the biggest story for last, we will start this week in Asia. HIH Princess Aiko
attended her entrance ceremony last Sunday at Gakushuin Girls’ Junior High School
in Tokyo, accompanied by TIH Crown Prince Naruhito and Crown Princess Masako.
She is looking very grown up and is already almost as tall as her parents. It seems like
only yesterday that she was just a tiny, little toddler. Congratulations to Her Imperial
Highness on this new phase of her academic career. In Malaysia, another royal has expressed
his sympathy for the missing Malaysian Airlines Flight MH370, this time the Sultan of
Selangor, Sultan Sharafuddin Idris Shah. The Sultan said that while the search for the plane
was still on-going, he felt sad and sympathized with the families of the people on board
who are presumed to have been lost in the southern Indian Ocean. There was also another
spat over a letter to a monarch in Asia, this time in Cambodia where the ruling Prime Minister/
dictator Hun Sen threatened legal action against opposition leader Sam Rainsy
over a letter to King Norodom Sihamoni which disapproved of the King’s endorsement of
the election which (yet again) kept Hun Sen in power. Rainsy has accused the election of
being rigged and has boycotted the government ever since. And, in Middle Eastern news,
last Monday King Abdullah II of Jordan met with Pope Francis at the Vatican. The King is
currently on a tour which will eventually take him to Moscow where he will discuss
the Syrian situation with President Putin.
In Europe, the situation in Spain amongst the media and chattering classes has become
deplorable revolving around the exploitative book of a so-called journalist that accused
HM King Juan Carlos of being behind the military coup that he has traditionally been
praised for stopping. Some have jumped to the ridiculous conclusion that anything less
than a total denial from the palace is as good as an admission of guilt; that the King was
behind the coup as a way of gaining more power (which he already had to begin with
so…that would be odd) only to then come out against it when he knew it was going to
fail (and he knew this how?) which, while obviously absurd, has sullied something that
almost everyone in Spain used to hold the King in high regard for. In other words,
regardless of the fact that it is all unsubstantiated lies, the book and the media that has
blathered on and on about it have still succeeded in further weakening the monarchy.
And it seems a huge coincidence that this all came about just as the prestige of the
monarchy seemed to be on the rebound in Spain. Not long after those assertions were
made in the media (though it should not have had to come to this) an official statement
was released by Zarzuela Palace denying the ridiculous allegations in the book. It was
also announced last week that HM Queen Sofia and TRH the Prince and Princess of
the Asturias will have legal immunity from the lower courts and can only be tried by
the Supreme Court if there are ever any charges made against them, this coming about,
obviously, because of the case involving HRH the Infanta Cristina and her husband and
concerns that witch-hunting lawyers may try to drag other royals into the courts simply
for the sake of sensationalism.

In the Low Countries, Prince Felix of Luxembourg held a wine-tasting last Tuesday
at the Threeland Hotel where guests sampled wines produced from the estate in France
which Prince Felix and his wife Princess Claire own and operate. In Belgium, royal brother
Prince Laurent was finally released from hospital after a disturbing bout with pneumonia
kept him there for the last three weeks (the Royal Family is asking all to respect his privacy)
and in The Netherlands King Willem-Alexander and Queen Maxima were happy to host a
visit by King Carl XVI Gustaf and Queen Silvia of Sweden. Later, the King of Sweden
visited Halland to check on the new food and tourism initiatives underway there. Also,
despite being beyond the legal retirement age, King Harald V of Norway is busier than
ever. Not only does he have the busiest schedule of anyone in the Norwegian Royal
Family but, rather than slowing down, he has increased his official activities by 40%
since last year. Given that the King has had some serious health problems in the past,
this is certainly remarkable and a testament to his devotion to duty.

The biggest news of last week though, of course, revolved around the House of Windsor
with even something so momentous as the Queen hosting an official visit by the President
of Ireland was overshadowed by the visit of the Duke and Duchess of Cambridge, along
with little Prince George, to New Zealand and Australia. There was a play date for Prince
George, yacht races for mom and dad and lots of talk about the fashion choices of the
Duchess of Cambridge but Prince George was the focus of most attention. All in all, the
loyal and affectionate crowds of New Zealand gave the royals a warm welcome, though,
of course, there were the republican traitors ready to do their best in futile efforts to ruin
things. One rented an airplane to tow a large banner calling for a native-born head of state
as the royals landed in the country; which should prove to any rational person that
republicans are as childish as their rude and hypocritical. Still, those pleased with the
visit seemed to be the large majority and hopefully the Cambridge visit will help to roll
back the treasonous tide in New Zealand. And, hopefully, they will go on to further
success in Australia.

Back in Britain, however, what should have been a happy occasion of two heads of state
coming together in reconciliation was marred by the presence of an unrepentant terrorist.
The occasion was the visit of Michael D. Higgins, President of Ireland, the first official
Irish state visit to the United Kingdom, but the ugliness was provided by the presence
of Martin McGuinness, deputy First Minister of Northern Ireland and former commander
in the Provisional IRA during a time when many British people were killed by their
bombings and assorted terrorist attacks and when Lord Mountbatten was murdered.
He also formerly ran as the Sinn Fein candidate for Irish President (losing to Higgins).
Obviously, I would not consider the politics of President Higgins ideal but no blame
can be attached to him on this occasion. He returned the state visit of the Queen to
Ireland with great civility and respect. He paid his respects to the late Lord Mountbatten
and called for all those guilty of acts of violence during “The Troubles” to apologize.
British-Irish relations have improved a great deal recently and have risen above the
grudges that still afflict Northern Ireland and, of course, McGuinness and his party
are the primary reason for that. It is an outrage that he should have attended this function,
it is an outrage that the Queen should have had to tolerate his presence. Would anyone
expect the President of the United States to have dinner with an unrepentant former member
of al-Qaeda? Well, maybe that’s a bad analogy to make because this one just might but it
simply rubs salt in the wound for all those who were victims of republican terrorist attacks
in both Ireland and Britain to see a former terrorist leader entrusted with high office and
able to rub elbows with the monarch. It is disgraceful and disgusting.
Posted by Jovan-Marya Weismiller, T.O.Carm. at 00:30