Ironic, considering that the true heirs of the Nazis are the totalitarian, racist, anti-Christian, and anti-Catholic Left of today. This is the same person who marketed 666 pairs of 'Satan Shoes' containing human blood.

Rapper Lil Nas X is at the center of another controversy after showing up to the BET Awards donning a dress featuring a distinct, controversial message, depicting what the outfit’s designer described as “parallelism between Nazism” and the Catholic church.

The Montero singer walked the red carpet wearing a gown designed by Andrea Grossi, which stands as part of her “Welcome to DeusLand” collection which supposedly “talks about a future society and the future of human being” and contains imagery drawing parallels between Nazism and the Catholic church. 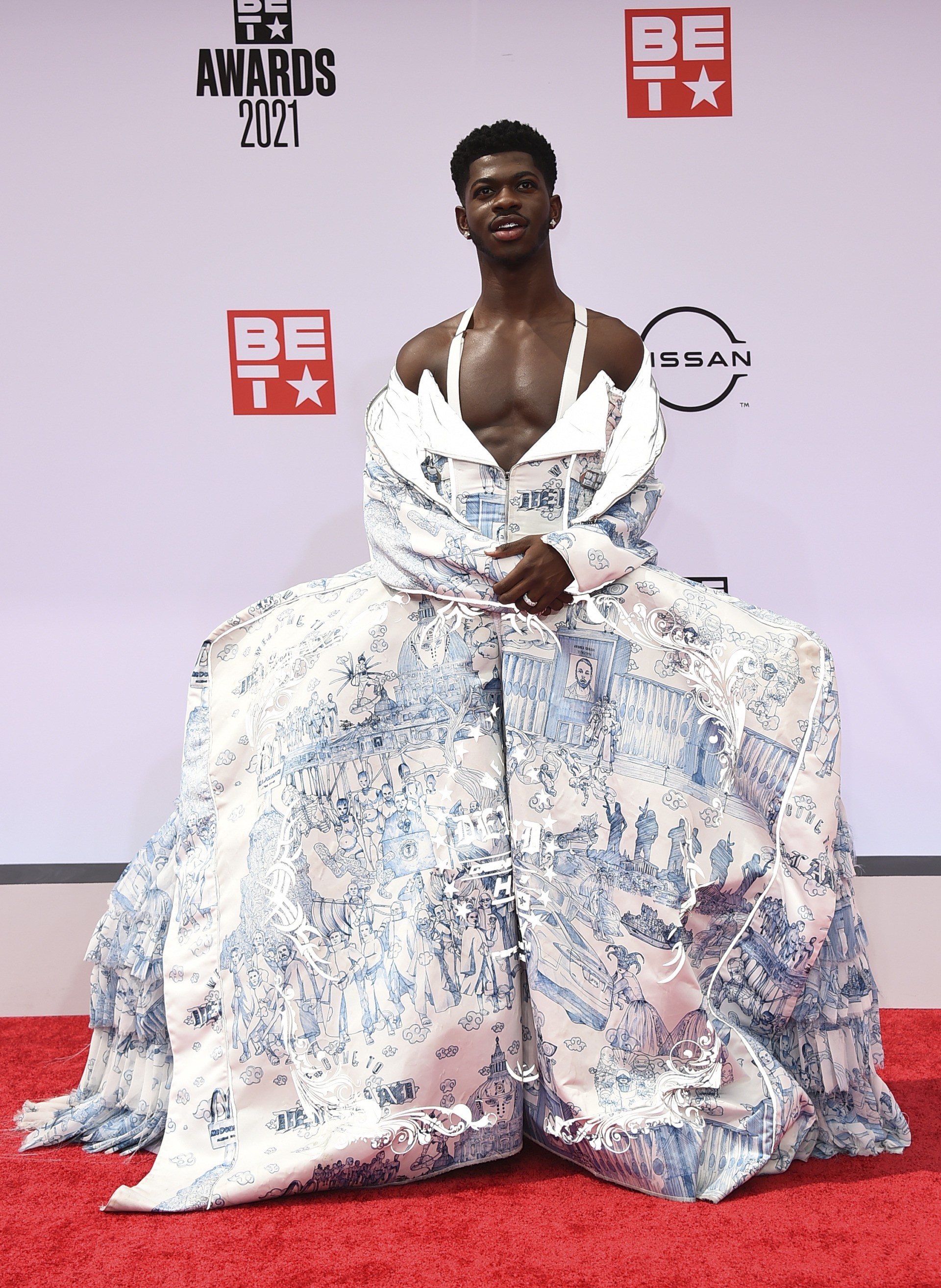 Lil Nas X arrives at the BET Awards on Sunday, June 27, 2021, at the Microsoft Theater in Los Angeles. (Jordan Strauss/Invision/AP)

“Through an artwork I notice and describe the ‘Occident’s Chaos’ with parallelism between Nazism and church, ideologies that have led the populations for a long time in wrong way,” the designer said in a description of the controversial collection. “What is our ideology today?”

This is far from the first time Lil Nas X, whose real name is Montero Lamar Hill, has made a controversial statement. Earlier this year, he debuted his limited edition satanic-theme shoes, which reportedly contained a drop of human blood, limiting the sale to 666 pairs.

However, Nike ultimately settled a lawsuit with MSCHF, the company that made the “Satan Shoes” in collaboration with the rapper. Nike claimed the company customized the Nike Air Max 97 without its “approval or authorization” — something that led to confusion and prompted Nike’s swift denial of any involvement in the “Satan Shoes.”

“Nike has not and does not approve or authorize MSCHF’s customized Satan Shoes,” Nike said in a statement at the time. “In fact, there is already evidence of significant confusion and dilution occurring in the marketplace, including calls to boycott Nike in response to the launch of MSCHF’s Satan Shoes based on the mistaken belief that Nike has authorized or approved this product.”

Lil Nas X has continued, however, to make waves, engaging in performances providing intense degrees of shock value. His music video for “Montero (Call Me By Your Name)” featured the rapper giving a lap dance to Satan.

The “Old Town Road” artist dazzled Hollywood leftists after concluding BET performance on Sunday with a gay kiss, two years after coming out.