The Catholic Day, Week, and Month

We all know that June is the Month of the Sacred Heart, but to what are the other months dedicated? And the days of the week? 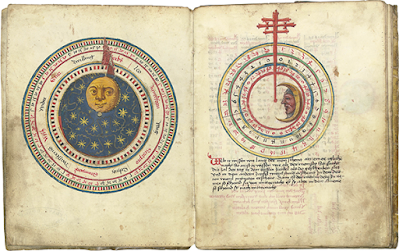 The Catholic Day has its own rhythm, and each day of the week and each month has a special devotional emphasis.

The hours of the day are broken up into the Canonical Hours during which priests, religious, and some pious laymen pray from the Breviary. At 6AM, Noon, and 6PM the Angelus is prayed. Some lay Catholics pray the Office as well, and some parish churches may ring their bells to signal the Angelus.

Most lay Catholics, though, might pray instead the Morning Offering, Prayer to One's Guardian Angel, and/or make the Three Hail Marys devotion upon awakening, and make a Nightly Examination of Conscience and Three Hail Marys devotion at night, just before bed. During the daytime, many Catholics pray the Rosary daily, with the Mysteries differing depending on the day of the week.

Fridays are penitential days and Catholics are to keep in mind Christ's suffering and to sacrifice something for the sake of penance and discipline. Catholics traditionally fulfill this duty by abstaining from meat and making other penances.

Saturdays are, traditionally, the days Catholics go to Confession in preparation for receiving the Eucharist on Sundays. Some Catholics might make a habit of going to Confession on Saturdays; other might go before Mass on Sunday (and, of course, as always, whenever needed).

Sundays are, of course, the day for renewing Christ's once and for all Sacrifice during the Sacrifice of the Holy Mass. Because Christ rose from His tomb on Sunday, Sabbath was changed from Saturday to Sundays, or "the Lord's Day." On this day we fulfill God's Third Commandment, to "remember the sabbath day (which means "rest", not "Saturday"), to keep it holy." We refrain from unecessary servile work and fulfill our "Sunday Obligation" to attend Mass.

Additionally, the days of the week each have a different spiritual focus, as do the months of the year:

Footnotes:
1 Tuesdays are also the day for honoring the Holy Face and, unofficially, honoring St. Anthony of Padua. On the Tuesday after St. Anthony's death, the day his funeral cortege took his body to the church, many miracles took place, so this day is commemorated in his honor, often by praying a Novena to St. Anthony either for thirteen consecutive Tuesdays or perpetually.

A special Novena to St. Martha is also made on 9 consecutive Tuesdays or on all Tuesdays by some Catholics.

2 On Wednesdays, many Catholics make a special devotion to St. Joseph by going to Mass on the first Wednesdays of 9 consecutive months and offering their Communions in his honor and for the salvation of the dying.

3 On Thursdays, many Catholics make "Holy Hour," that is, they spend an hour in adoration of the Blessed Sacrament as an aspect of devotion to the Sacred Heart.