It looks like the publicity of Francis's betrayal of the Church in China to the Communists is beginning to get under the Vatican's skin! Good!!!

By His Excellency Carlo Maria Viganò, Titular Archbishop of Ulpiana


Editor's Intro: Archbishop Carlo Maria Viganò has once again taken a courageous stand in defense of Holy Mother Church, which at present is clearly in the hands of radically modernist revolutionaries.
This time Viganò has written in solidarity with Cardinal Joseph Zen who, not unlike Viganò himself, has become the target of Vatican bulling and the strongarm tactics so typical of Team Francis.
Remnant readers are aware of the debacle involving the Holy See’s sellout to the Chinese Communists, signed in 2018, at the expense of the persecuted Chinese Catholics who long ago were driven underground for their fidelity to the true Church of Jesus Christ.
In defense of his persecuted flock, Cardinal Zen maintains that the Vatican has “done everything and more to deliver the Chinese Martyr Church in the hands of the Enemy.”
The new letter (see text below) from Archbishop Viganò, former apostolic nuncio to the United States, is written in prayerful support of Cardinal Zen, who came under vicious fire in a Feb. 26 letter to all the cardinals of the Church, signed by Cardinal Giovanni Battista Re, Dean of the College of Cardinals.
In that letter, Cardinal Re rebuked Zen and then defended Francis’ China policy, even going to far as to claim that the then-91-year-old Benedict XVI had personally approved a draft of the agreement between the Holy See and Beijing. 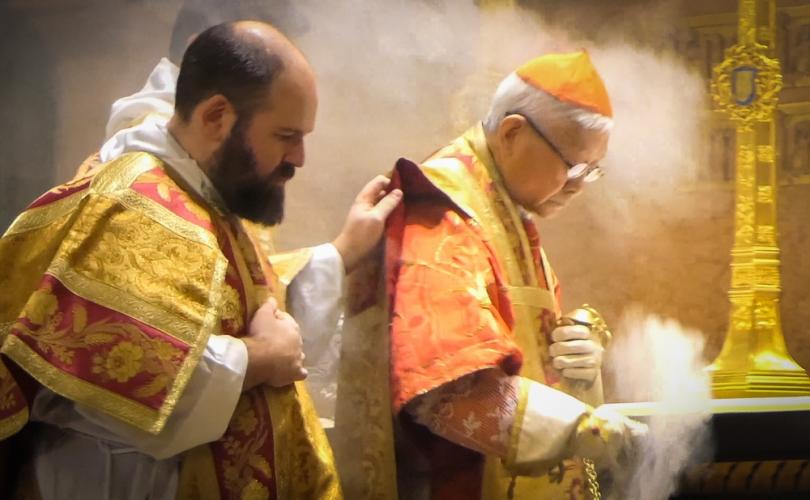 Cardinal Joseph Zen offers a Solemn High Pontifical Mass in New York City
It goes without saying that we quite agree with Archbishop Viganò’ s position that the Holy See has, in fact, delivered the underground Catholic Church in China “into the hands of the Enemy” and that Cardinal Zen is quite right to raise public objections to what the Vatican is doing to his persecuted people.
For what it’s worth, I would like to express our solidarity as lay faithful Catholic to these two loyal princes of the Church, whom we regard as living, breathing, tangible proof that God has not abandoned his Church and that he will be with us always, even unto the consummation of the world.
May God bless and Mary keep Joseph Cardinal Zen and Archbishop Carlo Maria Viganò.  MJM
_______________ 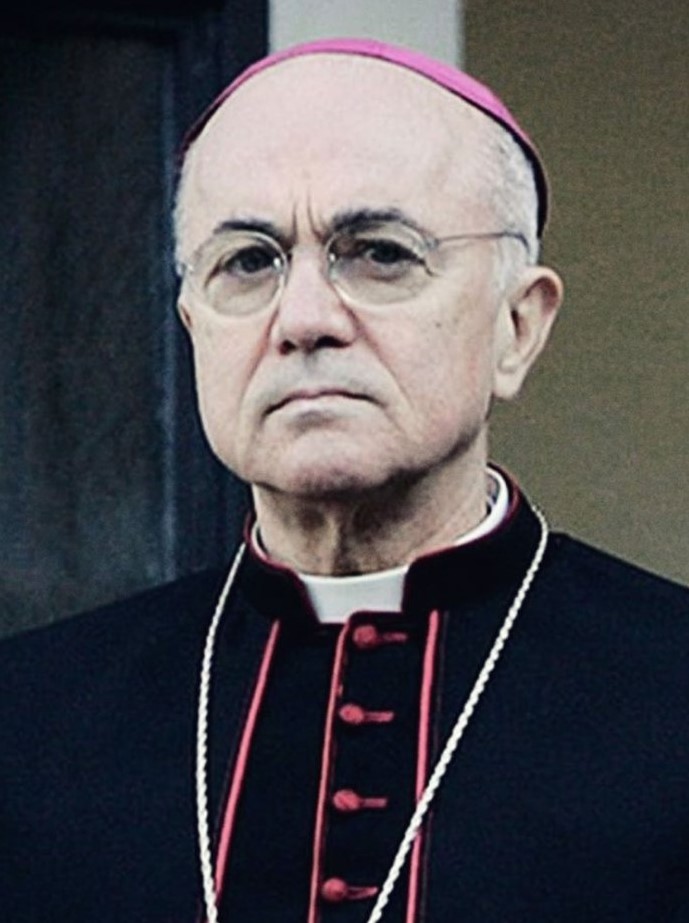 Dearest Eminence,
This is Archbishop Carlo Maria Viganò, former Apostolic Nuncio to the United States of America.
I have followed deeply — sharing in prayer your suffering — your many heartfelt appeals to Pope Bergoglio concerning the tragic situation of the Martyr Church in China, which he himself has culpably aggravated through the treacherous and wicked secret Agreement signed by Holy See with the Chinese Communist Government.
Your heartfelt appeals, dear Brother in Christ, have systematically been unheeded and even mocked in a hypocritical and perverse way. As for Cardinal Parolin, he has acted as a mere reckless executor of an evil order from above.
I read this morning the ignominious and shameful letter that Cardinal Giovanni Battista Re has addressed to all the cardinals against you. I am deeply saddened and indignant, and I wish to express to you all my affection, prayer and fraternal solidarity in the episcopate.

You are a courageous Confessor of the Faith and you have all my esteem and veneration!
Unfortunately, in the Vatican lying has been set into the system, truth has been totally overturned, and the most perverse deception is shamelessly practiced even by the most unexpected figures, who have now given themselves over to acting as accomplices of the Adversary. They have even gone so far as to say that “Pope Benedict XVI had approved the draft Agreement” signed in 2018, when instead we all know of his strenuous resistance and repeated disapproval of the conditions imposed by a persecutory and bloody regime.
The Vatican has done everything and more to deliver the Chinese Martyr Church into the hands of the Enemy: it did so by signing the Secret Pact; it did so by legitimizing excommunicated “bishops” who are agents of the regime; it did so by the deposition of legitimate bishops; it did so by forcing faithful priests to register with a church that has succumbed to the Communist dictatorship; it does so on a daily basis by keeping silent about the persecutory fury that has gained unprecedented strength, precisely since the signing of that unfortunate Agreement. It is now doing so with this ignoble letter to all the cardinals, which is aimed at accusing you, denigrating you, and isolating you.
Our Lord assures us that nothing and no one will ever be able to snatch from His hands those who resist the infernal enemy and his acolytes, conquering them “by the Blood of the Lamb” and by the testimony of their martyrdom (cf. Rev. 12:11).
Your example, dear Cardinal, and the very high price you are paying to defend the Cause of God and His Church, gives us a salutary jolt, it rips us from the inertia and habituation with which we are passively witnessing the surrender of the Catholic Church, at its highest levels and in its hierarchy, to heresy and apostasy, by following the Prince of this world, who is a liar and murderer from the beginning (cf. Jn 8:44).
Parce, Domine, parce populo tuo,quem redemisti, Christe, sanguine tuo,
ne in aeternum irascaris nobis.
+ Carlo Maria Viganò
Titular Archbishop of Ulpiana
Apostolic Nuncio
Official Translation by Diane Montagna
Posted by Jovan-Marya Weismiller, T.O.Carm. at 15:49