C.S. Lewis and His Critics

Bradley Birzer looks at some harsh critics of Lewis during his life, some of them vicious anti-Christians like Ayn Rand. 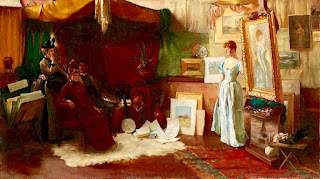 Though C.S. Lewis’ reputation among most practicing Christians today is that of a saint, and though he was lauded as such in his own lifetime, the man, not surprisingly, has also accumulated a number of critics, some of them friendly and some of them brutal. In 1944, Charles Brady reported in the pages of the popular Jesuit magazine, America, that Lewis’s Screwtape Letters was “by now the most phenomenally popular household book of applied religion of the twentieth century.”[1] On September 8, 1947, he appeared—complete with devil and angel on his shoulders—on the cover of Time magazine. “Lewis (like T.S. Eliot, W.H. Auden, et al) is one of a growing band of heretics among modern intellectuals: an individual who believes in God,” Time noted, also recognizing that his fifteen books—as of 1947—had sold well over a million copies and is “one of the most influential spokesmen for Christianity in the English-speaking world.”[2] No doubt, this attention on Lewis also brought out his critics.

Somewhat surprisingly, given their close friendship in the 1920s and 1930s, J.R.R. Tolkien could be quite harsh. After Lewis became a radio-sensation during World War II, Tolkien complained to his son:

Lewis is as energetic and jolly as ever, but getting too much publicity for his or any of our tastes. ‘Peterborough’, usually fairly reasonable, did him the doubtful honour of a peculiarly misrepresentative and asinine paragraph in the Daily Telegraph of Tuesday last. It began ‘Ascetic Mr Lewis’ ——!!! I ask you! He put away three pints in a very short session we had this morning, and said he was ‘going short for Lent’.[3]

Overall, the Inklings found Lewis’s fame a bit perplexing. Humphrey Havard noted the Inklings “were inclined to laugh at him” in a friendly manner, but “we didn’t take him all that seriously. Nothing like the seriousness with which he’s taken in America today.”[4] Tolkien also told Roger L. Green, a mutual friend, that he thought very little of The Lion, the Witch, and the Wardrobe. It was, he thought, a hodgepodge of incoherent mythologies. Perhaps most infamously, Tolkien wrote a long article or a short book (few outside of the Tolkien Estate have ever seen it) in 1964, the year after Lewis’s death, entitled The Ulsterior Motive. From the few snippets that have been published of it, it appears to be an attack on Lewis as anti-Catholic. Tolkien seems to have vented mightily.

One American critic, Victor Yarros, was vicious after Lewis appeared on the cover of Time. “C.E.S. [sic] Lewis, the Oxford don, the pious paradox monger and suspicious word juggler, will surely meet his match one of these days and be subjected to a severe debunking operation. He is asking for it,” Yarros continued. “Oh, for a Huxley, or a Heine, or an Ingersoll, to expose his tricks and call his bluffs.” Though he never stated it directly, Yarros appears to have opposed Lewis’s Christianity, claiming him to be no better than a Jehovah’s Witness or Christian Scientist. Sadly, the author claimed, Lewis had conned millions of gullible people with his “rubbish.”

Though she never published a critique (that I know of) of him in her lifetime, the Russian-American novelist, Ayn Rand, despised Lewis in a manner similar to Yarros. In her marginalia to Lewis’s 1943 book, The Abolition of Man, she labels him “an abysmal bastard” and a “monster” who “literally thinks to give men new knowledge is to gain power over them. The cheap, awful, miserable, touchy, social-metaphysical mediocrity.” She claims that Lewis either does not understand—or, rather intentionally misunderstands—reason, rationality, and nature. Yet, whatever the case, he offers nothing new in his ideas and books. “The lousy bastard,” she writes, “is a pickpocket of concepts, not a thief, which is too big a word for him.” Lewis is, Rand concluded, a mystic and a liar who “postures as a ‘gentleman and scholar.’”[5] No less than three times, Rand labeled Lewis a “bastard” in her notes. Whatever the legitimacy of her criticisms of the man, she was absolutely wrong about this one. Lewis knew very well who his father was.

In Britain, the critiques were more divided, or at least not as scathing. An accomplished British poetess, Kathleen Nott, attacked Lewis in her 1958 book, The Emperor’s Clothes: An Attack on the Dogmatic Orthodoxy of T.S. Eliot, Graham Greene, Dorothy Sayers, C.S. Lewis, and Others. Sounding a bit like Rand, she labeled Lewis as “anti-rational” and “extreme right wing,” and claimed his willingness to attack any issue makes him seem vulgar and cheap, especially when compared to the high-brow art of T.S. Eliot.[6] Her criticisms of Lewis, though, are shallow and sporadic, as if the publisher demanded that she include Lewis in her work for marketing purposes.

A more serious challenge came from English poet and historian Robert Conquest who charged Lewis and Charles Williams with holding and promoting totalitarian sympathies. While his criticism applied mainly to Williams, Lewis became a part of the controversy by praising Williams’s Arthurian poetry. The two men, Conquest claimed, willfully obscured the venerable mythology, thus rendering it and its story unintelligible to the average person. They turned the vast Arthurian legend into a “complex intellectual parlour game,” a gnostic jumble, accessible only to the Elect. In Williams (and, by inference, in Lewis), one finds “a genuine writer who has fully accepted a closed and monopolistic system of ideas and feelings, and what is more, puts it forthrightly with its libidinal component scarcely disguised.”[7] That which is intelligible advocates the use of violence “to bring in unbelievers” with human beings treated merely as a means to an end.[8] Lewis and Williams each promote a “psychology of totalitarianism—of hierarchy and sadism.”[9]

Given his immense popularity and influence, it would be bizarre if Lewis had not attracted opponents. Yet, there is opposition and then there is opposition. Tolkien, himself, wrote beautifully of Lewis in August of 1964, nearly a full year after his friend’s death. “I wish it could be forbidden that after a great man is dead, little men should scribble over him, who have not and must know they have not sufficient knowledge of his life and character to give them any key to the truth,” he wrote.[10]