I've read some of these. I need to reread those and read the rest for the first time. But, 'So many books, so little time!' 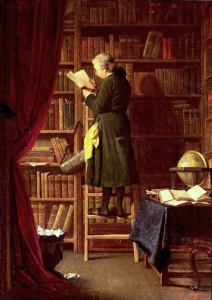 Given my association with The Imaginative Conservative as well as with Hillsdale College, I am frequently asked for a list of books which might provide an introduction to conservatism. Usually, at the moments I’m asked, my mind is a million miles away or on a specific topic. I rarely can come up with more than one or two books dealing with conservatism as a whole. Or, perhaps, I’m just slow.