An oath should be sacred, a fact conveniently forgotten by the republican traitors in the Commonwealth Realms & other monarchies, as it was in the US in 1776 & France in 1789.
From The Mad Monarchist (14 October 2012) 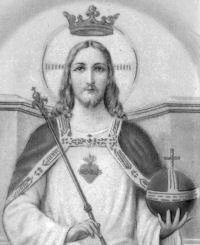 Mine to do a king’s bidding, to hold fast by an oath taken in the name of God.
-Ecclesiastes 8:2 (Knox)

Simple and direct. What could a republican say? That's pretty plain and simple; not a lot of "grey area" in that one. -MM
Posted by Jovan-Marya Weismiller, T.O.Carm. at 00:30